What does Esther’s victory mean to us — and to Israel — today?

Understanding the significance of Purim

This is one of my favorite holidays as it focuses on God’s faithfulness and the preservation of the Jewish people during a difficult and dark season.

The original story of the Purim holiday, found in the Book of Esther, describes the ways in which Queen Esther and her “smart-as-a-fox” uncle, Mordecai, outwitted the evil Haman and shifted the balance of Persian power, enabling the Jewish people to survive an attempt to destroy them.

Purim is a joyous festival and loved by young and old. We put on plays, children dress up as Esther, Mordecai, and even Haman, and we eat what is called “hamantaschen,” a delicious cookie filled with fruit and supposedly shaped like either Haman’s hat or ears!

We have provided the recipe so you can make a batch or two and enjoy. Jewish traditions are often delicious!

An Expression of Hope

Along with these joyous expressions of deliverance and hope, the message of accountability for how Israel and the Jewish people are treated should be sobering to us all.

I believe the most stunning and bone-chilling line in the inspired story is when the fate of evil Haman, who had tried desperately to destroy the Jewish people, is described.

Haman dies on the very gallows he had built for Mordecai. This is an epic end to the life of a man who had made himself an enemy of God by becoming an enemy of the Jewish people.

This is a timeless principle attached to a covenant that has never been rescinded or changed (Genesis 12:1-3)! When individuals or nations curse the Jewish people, it is implied that they could be cursed with similar judgments brought upon the children of Israel for their disobedience (Leviticus 26, Deuteronomy 28).

I am not suggesting that judgment will fall upon those who disagree with Israel’s leaders over an aspect of policy. This is expected and since Israel is a democratic nation, dissent is woven into the very fabric of the modern state.

I am referring to something deeper. We are expected to have a fundamental respect and love for Israel and the Jewish people. Perhaps the Apostle Paul expressed the rationale for this heartfelt attitude when he wrote,

This means we must reject the idea that God no longer has a plan for His chosen people, and practically speaking we must reject any suggestion that the Jewish people do not have a biblical right to the Land of Israel. As the spiritual sons and daughters of Abraham, we cannot affirm one part of our inheritance while denying another.

We must also oppose any hint of antisemitism, which is making an unfortunate comeback in our present day. In fact, the Jewish people are still threatened by Persia — as in the story of Esther:

The potential danger to the Jewish community and Israel extends to the West as countries like France, England, and even the United States are also afflicted by the rise of a new grass-roots antisemitism that has Israel in its crosshairs.

I do see some immediate hope for the future as the European Parliament finally produced a statement condemning modern day Iranian antisemitism. According to a report in the Jerusalem Post,

With 590 in favor, 67 against and 36 abstentions, lawmakers at a plenary in Strasbourg, France, on Tuesday overwhelmingly backed the amendment, put forward by Dutch Liberal parliamentarian Marietje Schaake, that the house “Strongly condemns the Iranian regime’s repeated calls for the destruction of Israel and the regime’s policy of denying the Holocaust.”

“We welcome this amendment, as it is essential to couple Iran’s extremism, Holocaust denial and call for genocide with its nuclear program and relations with the international community. It is vital that Iran is pressured to improve its human rights record and belligerency towards Israel and the region before the European Union resets its relations with the Islamic Republic.”

We live in perilous times and yet we also live in times of great opportunity. Jesus told us what to do in a world that is far from its Creator and in need of redemption. He calls us to be a light to the nations beginning with the Jew first and also to the Gentile (Romans 1:16).

Thanks to the love and compassion partners like you have for Jewish people everywhere, we are seeing God’s Spirit at work. With your help:

Thank you for being such an important part of our ministry to the Jewish people around the world through your prayers and financial support. It is a great encouragement to know that you pray for the peace of Jerusalem — and the work of Chosen People Ministries.

You are our true God-given helpers—working behind the scenes, enabling us to bring the Gospel to the Jewish people.

Please help us bring this message of hope during difficult days for Israel through your prayers and generosity. Your gift today goes a long way in reaching Jewish people for Messiah! For your gift today of $250 or more we would like to send you a copy of our new book, Messiah in the Passover. You will be delighted to discover how much meaning the holiday holds for you and your family as followers of Jesus.

Again, we live in perilous and difficult times…just like the days of Queen Esther and Mordecai. But, we serve an all-powerful God who gives us a message of forgiveness and hope for His ancient people. Thank you for helping to share it with Jewish people today!

May God bless you for caring, and for your prayers and support.

Make your own Hamantaschen! 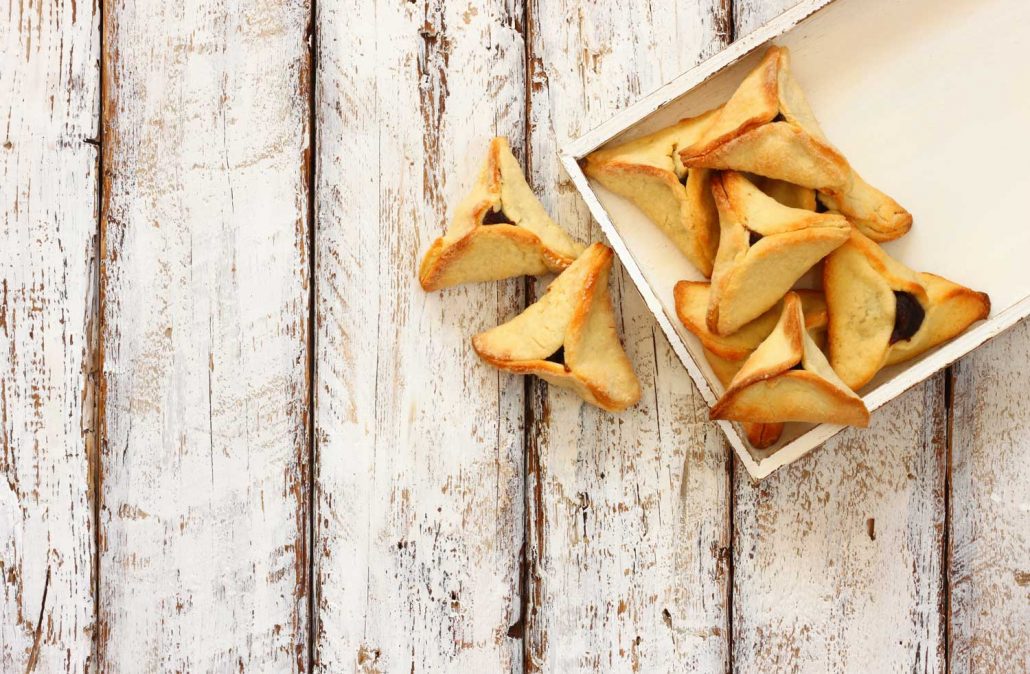 As you’re able to support the ministry with a gift of $200 or more today, I will send you our newest book, Messiah in the Passover. You will be delighted to discover how much meaning the holiday holds for you and your family as followers of Christ.

Reasons to Be a Part of Shalom Brooklyn