Israel and the U.S. share a long history. Israel has proven to be a loyal ally and valuable friend in the Middle East. Once a month, hundreds of Department of Defense personnel travel to Israel for joint military, naval, and police exercises held between the two nations. In fact, Israeli military equipment is often used by the United States. Furthermore, the U.S. and Israel share many political and philosophical values, such as freedom of speech and freedom of religion.

Since Israel’s founding as a nation she has been supported by the U.S. military and also by our presidents. The U.S. was one of the first to recognize Israel in 1948.

“I believe it has a glorious future before it – not just another sovereign nation, but as an embodiment of the great ideals of our civilization.”1

Even as early as 1922, the U.S. Government foresaw the re-establishment of Israel. In House Resolution 322 On the Establishment, it is stated in the preamble:

Palestine of today, the land we know as Palestine, was peopled by the Jews from the dawn of history until the Roman era. It is the ancestral homeland of the Jewish people.2

“The people of Israel, like those of the United States, are imbued with a religious faith and a sense of moral values.”3

Although, it is true that the Eisenhower administration did minimize relations with Israel, it was committed to the survival of Israel as a nation. Some have said that while saying little, Eisenhower did a lot for U.S.-Israel relations. In fact many trace the emergence of America’s interest in the Arab-Israel conflict to this era.4

“Let us make it clear that we will never turn our backs on our steadfast friends in Israel, whose adherence to the democratic way must be admired by all friends of freedom.” 5

It was under the Kennedy Administration that Israel was able to purchase Hawk antiaircraft missiles in 1962. The telegram from the Department of State expressing U.S. willingness to sell the Hawk missile system to Israel reads in part,

“…[in view of the] build-up of offensive air and missile capability in the area we are obliged to respond sympathetically to Israel’s request for short-range, purely defensive ground-to-air interceptor missiles.”6

“A strong Israel is essential to a stable peace in the Middle East. Our commitment to Israel will meet the test of American stead[fastness], fairness, and resolve”7

“I welcome this chance to further strengthen the unbreakable ties between the United States and Israel and to assure you of our commitment to Israel’s security and well-being. Israel and America may be thousands of miles apart, but we are philosophical neighbors sharing a strong commitment to democracy and the rule of law. What we hold in common are the bonds of trust and friendship, qualities that, in our eyes, make Israel a great nation. No people have fought longer, struggled harder, or sacrificed more than yours in order to survive, to grow, and to live in freedom”8

By the end of Reagan’s second term, America regularly held joint training exercises with Israel, and the two democracies began co-development of the Arrow Anti-Tactical Ballistic Missile. It was also under President Reagan’s administration that, as Mitchell Bard points out,

“In 1985, the U.S. Department of Health and Human Services (DHHS) and the Israeli Ministry of Health signed a Memorandum of Understanding (MOU) that provided for the exchange of information and scientific, administrative and academic personnel; the education and training of manpower; conferences and symposia; and, mutually agreed upon collaborative projects addressing common problems.”9

“Our two nations both faced great challenges when they were founded, and our two nations have both relied on the same principles to help us succeed. We’ve built strong democracies to protect the freedoms given to us by an Almighty God. We’ve welcomed immigrants, who have helped us thrive. We’ve built prosperous economies by rewarding innovation and risk-taking and trade. And we’ve built an enduring alliance to confront terrorists and tyrants.”10

It was the Carter Administration that made Israel eligible to sell military equipment to the United States. It was President Carter’s involvement in the peace treaty between Israel and Egypt (at the Camp David Accords in 1978) that also led to the two Middle East leaders winning the Nobel Peace Prize (Prime Minister Begin and President Sadat).

Even President Obama, with whom the relationship has been the rockiest, said, “the bond between Israel and America is unbreakable.” 11 As early in President Obama administration as 2010, the two governments signed an agreement to increase aviation security cooperation.

Ever since her re-birth as a nation in 1948, Israel has had America as an ally. This should not change. One analyst summed it up this way:  “A study of American policy toward Israel shows that the special relationship has been gradual: from ‘a moral stance’ (from 1948-1951) to a ‘strategic asset’ (in the 1970s) to ‘strategic cooperation’ (in 1981). America has come to the conclusion that when Israel is strong, not only does Israel benefit, but the United States does too.” 12

However, recently there has been a rise in antisemitism and racial anti-Zionism. Understandably so, this has many Jewish people, Israelis, and friends of Israel worried. Will the tide of antisemitism and anti-Zionism play a role in the way our new president deals with our Israeli friends?

This is why we must pray for our leaders to make good decisions:  That they view Israel correctly, and that they do not join the enemies of Israel, in thought or deed.

3 Radio Address on Situation in the Middle East, February 20, 1957, as cited by the Jewish Virtual Library

8 Remarks at Welcoming Ceremony for PM Menachem Begin, September 9, 1981, as cited in the Jewish Virtual Library 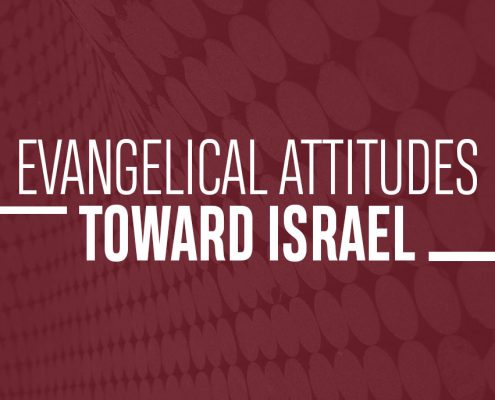 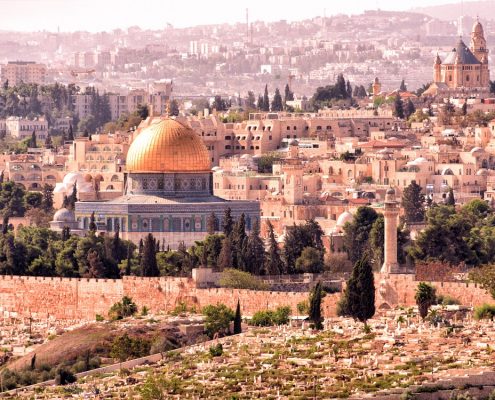 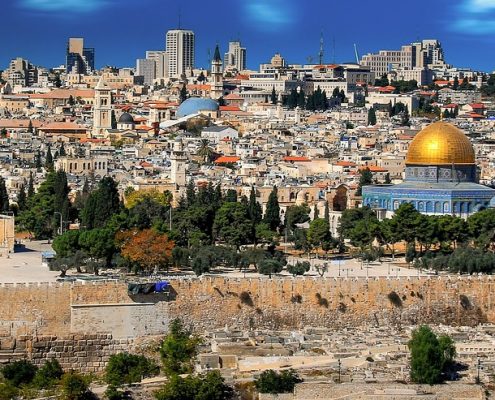