Jeff Siegel is a Jewish believer in Yeshua (Jesus). In 1976, at the age of 21, Jeff gave his life to Messiah Jesus but this decision did not come without a price. His family could not accept his faith and wanted nothing to do with him after his acceptance of Jesus. The Lord began to work in Jeff’s life, bringing healing, restoration and direction. He also blessed Jeff with a terrific gift of evangelism. Jeff has been in ministry for many years, bringing the love of Messiah literally to the entire world by using his love for and experience in baseball as a means to share the Good News. In 2001, Jeff had the privilege of seeing both his father and brother come to know Yeshua. Jeff’s burden is not only to see his own family come to know their Messiah, but for all his Jewish brethren worldwide.

The Lord has planted Jeff and his wife Terri in Rockland County, a suburb of New York City that is home to hundreds of thousands of Jewish people. Jeff is currently the Branch Director for Rockland and Westchester Counties for Chosen People Ministries. He continues to share the Good News with all who will hear, to the Jew first and also to the Gentile (Rom. 1:16). Jeff earned his Doctoral Degree in Christian Ministry with an emphasis on Global Leadership at Alliance Theological Seminary in Nyack, New York. He also received a Master of Divinity Degree from Biola University in Jewish Studies. Jeff ministers locally and internationally. He and his wife Terri have 3 children, Melissa, Joseph and Benjamin.

Invite Jeffry to your Church
Contact
Give
Media Kit 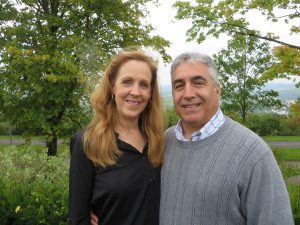