Shalom! I remember asking Jesus into my heart as if it were yesterday. It was the most momentous decision of my life, and the peace and love that flooded my soul that day has really never left me. I love the Lord with all my heart, mind and soul and desperately want others to know Him – especially my own Jewish people.

I grew up in a traditional Jewish home in New York City, and my receiving Yeshua, (Jesus) was the last thing my mother, father or even I ever expected. I have never looked back, but I must admit that when I put my faith in Yeshua I looked side-to-side and behind me to see if there was anyone else there – and apparently, there was not. I thought I was the only Jewish person in the world that had ever believed in Jesus.

At the time, I simply had never heard of a Jewish person believing in Jesus. It was a lonesome path. It seems silly upon reflection, but I want you to try and understand how foreign it was for me to believe that Jesus was the Messiah – especially coming from a traditional, New York Jewish home. Since then, I have met hundreds, if not thousands, of Jewish believers in New York, California, the rest of the United States, and in the many countries I have travelled to over the years—in addition to many Gentile brothers and sisters as well. What a wonderful community we have in the Messiah!

I never feel alone anymore, but when I became a believer at 19, the joy of my salvation was tempered by the incredible loneliness I felt when I first came to the Lord – emotions I can still identify with to this very day. It is one of the reasons I have encouraged our Chosen People Ministries staff to pay special attention to new Jewish believers in Jesus and to spend as much time with them as possible!

A Movement for Yeshua

At the time I came to faith in the early 1970s, we were actually part of a growing movement of young Jewish people coming to faith in what was then called “The Jesus Movement.”

We just were not aware of each other’s existence! Eventually we began meeting one another: Jewish believers in their late teens and early twenties from the United States, Europe, Israel and many other very Jewish cities and communities across the globe. This was really the start of the modern Messianic congregational movement, and it strengthened Jewish missions like Chosen People Ministries. This “modern Messianic movement,” which some people date from 1967, the year the Jewish people recaptured Jerusalem, has blossomed and is now becoming a second- generation movement that includes my own children.

When I and other Jewish people who became followers of Jesus tried to witness for our faith, we experienced considerable opposition and persecution. You see, in the eyes of the mainstream Jewish community, a Jewish follower of Jesus was no longer considered Jewish. Jewish followers of Jesus were deemed converts or “apostates” who had given up their Jewishness and embraced a foreign religion. There was simply no common understanding within the Jewish community that a Jewish person could believe in Jesus and remain a Jew.

I know this because I was raised with this mindset. In fact, when I was on the brink of receiving Jesus, and had taken to heart His command to forsake all for Him, I thought to myself that if faith in Him required me to stop being Jewish, then I must be willing to make that sacrifice to become His follower. Of course, this was not true. When I accepted the Lord, I discovered that I had actually joined the “remnant within Israel” (Romans 11:1,5) and had become, in effect, part of the “Jewish wing” of the Church.

After telling my parents and friends that I had become a follower of Jesus, I was viewed as having committed ethnic suicide! This had incredible consequences for me. Like so many of my fellow Messianic Jews at the time, I felt deeply rejected by those whom I most cared for and most wanted to reach.

Happily, times have changed – and today we have a new generation of Jewish believers who assert their identity as Jewish followers of Jesus in ways our “older generation” would never have thought possible. It is exciting!

We now have hundreds of Messianic congregations where Jewish believers can express their Jewish identity, celebrate the Jewish festivals as fulfilled in Jesus, and take on a less marginalized role in the Jewish community. In this, I feel like a pioneer – as my generation of Messianic Jews paved the way for a new generation of Jewish believers in Jesus to have this experience.

I see a couple of reasons for the Jewish community having become more tolerant – not the least of which is that many of us bore the brunt of the opposition over the years. No longer do most Jewish people say that they have never heard of a Jew believing in Jesus. We are now a known community within the greater Jewish community. For example, there are more than 10,000 Jewish believers in Israel, including hundreds who serve in the military!

There has also been a change in the Church. Many Christians now want to relate to their Jewish heritage in Jesus. We are living in a wonderful, new era, in which Christians now understand that Jews who believe in Jesus want to identify as Jews and to be proud of their heritage. Jewish believers are affirmed and encouraged by our brothers and sisters to be part of the Church and also to remain part of the Jewish community for the sake of a more effective testimony to other Jewish people.

We live in wonderful days of opportunity! This is one of the reasons I am so thrilled about our recent conference of 160-plus Messianic young adults from across the globe. It is also why I am so excited about our Charles Feinberg Center for Messianic Jewish Studies, where we are training a new generation of leaders in the heart of Orthodox Jewish Brooklyn.

I pray that the Lord will allow your heart and soul to share the thrill of seeing Jewish young people coming to faith and standing for the Lord Jesus – in Israel, the U.S, and in many places around the world. Thanks for your prayers and generous financial support which fuel this movement! 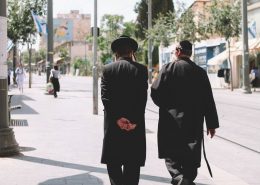 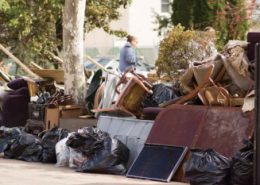 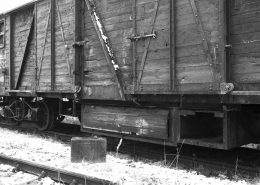 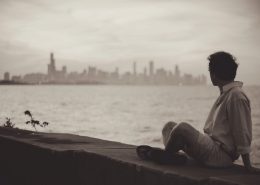 Shavuot in the New Covenant