Celebrating our Deliverance in the Messiah

From our December 2016 Newsletter

As a Messianic Jew—a Jew who believes in Jesus—I have the joy of celebrating both Christmas and Hanukkah, rejoicing in my own personal salvation as well as the deliverance of my Jewish people from centuries of attempts to destroy us.

The ongoing existence of the Jewish people and the nation of Israel are still the most powerful arguments for the existence of God and the truth of the Bible. What greater proof can there be than the ways in which God has preserved the Jewish people against all enemies and brought His chosen people back to the land of promise? The holiday, Hanukkah, reminds us of His faithfulness and power.

This group of elderly Jewish people, averaging about 85 years old, is about 200,000 strong and by one means or another these brave souls made their way to Israel over the last 68 years. Many of them immigrated to the Holy Land during the last two decades from various parts of the former Soviet Union.

These Holocaust survivors are now passing away at the rate of about 30,000 per year and we cannot wait one more moment to present the Good News of eternal deliverance to these precious people.

Your Mission to the Jewish People, Chosen People Ministries, lovingly serves this community of Holocaust survivors in Israel in a variety of ways. First of all, we try to help them with practical concerns: food, clothing, repairing and cleaning their apartments, and much more.

We spend time with them—taking them on trips so they can get out of the house, helping them celebrate the Jewish holidays, including Hanukkah, of course! Most of all we try to counter their loneliness by investing our time to sit by their side, to listen to them reminisce, and enjoy wonderful moments of conversation about the deeper matters of life.

These dear people are so grateful for the hours our Chosen People Ministries Israel staff spends with them. I also must admit that our mostly younger staff enjoys their time with the survivors because they are pampered by them, like Jewish grandparents!

Of course, in the midst of developing these wonderful relationships, the conversations naturally lead to discussions about God, everlasting life, and ultimate deliverance as each one of these elderly Holocaust survivors watch their friends pass away each and every week.

They are grappling with the meaning of their own lives and even at this late age are more open than they ever were before to the message of the Gospel. And the conversations about the Messiah Jesus happen so naturally—flowing from the loving relationships our staff have developed over the years between themselves and these dear people.

I have had many conversations myself over the years with the Holocaust survivors about the ways in which God delivered them from certain death at the hands of the Nazis.

Some fled just moments before they were going to be taken away and sent to a concentration camp and, still today, cannot figure out how their timing was so perfect.

Others were about to be shot and guards were distracted and somehow they ran into the woods and were saved by Gentile families who took them in and hid them from the Nazis.

As I have listened to story after story—it is so clear to me and to the survivors, that God reached down from heaven and saved them from death. Naturally, recognizing this leads to the question, “Why do you believe God saved you?”

Many, of course, even feel guilty about being saved, but understand, as they face the end of their lives, that God must have had a plan for them and that their deliverance was no coincidence.

It took several years of investment in their lives before the doors were open to having deeper spiritual conversations and before some of these precious Holocaust survivors began giving their lives to the Lord—but it is happening.

Chosen People Ministries’ staff have prayed with over a dozen Holocaust survivors to receive Jesus as their Savior in the land of Israel! In addition, our sister ministries are having similar experiences as we see a small movement among these beautiful souls who are embracing their ultimate Deliverer and Messiah—Jesus.

It is impossible not to be moved by the stories of these Holocaust survivors! I hope that you will appreciate the incredible testimony in this newsletter.

Holocaust Survivors Are Seeking the Lord

Many of these special people are in process—they were raised as atheists in Eastern Europe, but are now in Israel, and as they get older and older, they are ready to begin seeking and talking about faith and what their future holds!

You can be involved with these dear survivors through your prayers! But, time is running out! Clearly, in less than a decade most of the Holocaust survivors will no longer be with us.

So please pray for us and as God enables you, please continue to support the work of Chosen People Ministries as so many of our missionaries in Israel, and around the world serving in difficult places, depend on your generosity to make ends meet so they can serve the people God has entrusted to them for ministry.

During this wonderful season of the year—all I can really think about is deliverance, redemption and the joy that comes from knowing the One whom to know is life eternal (John 17:3). He is our joy, our hope, our comfort, our message and reason for the delight we take in celebrating this season of the year!

Thank you so much for your prayers and support and for being part of our Chosen People Ministries family! Without you we could not be used by God to touch the lives of Holocaust survivors, religious Jewish people in Brooklyn and Jerusalem, and the secular Jewish people in New York City, Los Angeles, Toronto, Chicago, and all across the globe.

On behalf of the Chosen People Ministries staff, I want to thank you for standing with us in the great work of reaching His chosen people for the Messiah throughout 2016. We believe the best is yet to come, as Jewish people are becoming more open to the Lord and as we draw closer to that great day when the Jewish people as a nation will turn to the Messiah and embrace Him as Lord.

As the Jewish apostle writes, For I do not want you, brethren, to be uninformed of this mystery—so that you will not be wise in your own estimation—that a partial hardening has happened to Israel until the fullness of the Gentiles has come in; and so all Israel will be saved; just as it is written, “The Deliverer will come from Zion, He will remove ungodliness from Jacob.” This is my covenant with them, when I take away their sins. (Romans 11:25-27)

Yours in the Messiah, 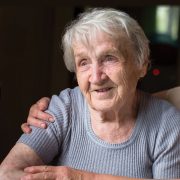 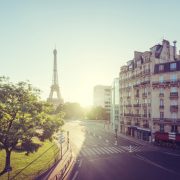 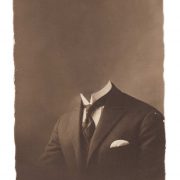