If you were born in a town where your well-known forbears once lived and then returned there to wander its streets in anonymity, you may understand something of what Joseph and Mary might have felt as they journeyed to Bethlehem for the census ordered by the ruling Roman regime.

Although they were far from VIPs in the eyes of the world, theirs was a rich family heritage woven into a history that has played and continues to play an important role in the Land of Promise. What might their thoughts have been as they sought shelter in the town that had played such an important role in the lives of their ancestors and indeed all of Israel?

Did Mary, great with child, and her concerned husband Joseph, reflect upon the Scriptural promise, “But you, Bethlehem Ephrathah, though you are little among the thousands of Judah, yet out of you shall come forth to Me the One to be Ruler in Israel, Whose goings forth are from of old, from everlasting” (Micah 5:2)?

Bethlehem – Humble Abode of a Line of Kings

Bethlehem has been a site of importance in the Land of Israel from ancient times. Even its name is shrouded in mystery, as it was transformed from Beit Lahama (House of Lahama, a Canaanite god), to the more recent Hebrew name Beit Lechem (House of Bread).

Founded in 1200BC and located only five miles south of Jerusalem, Bethlehem was not a large city. Nonetheless, it has played a prominent role in the events that have shaped the history and destiny of the world. Rachel, the wife of Jacob, is buried in Bethlehem. It was there that Boaz took Ruth for his wife and began the line that would include Jesse, the father of David.

David himself was born in Bethlehem and it was there that the prophet Samuel anointed him King. And of course, it was in Bethlehem where Messiah was born and where, to this day, pilgrims travel thousands of miles to worship even as the Magi did at the time of His birth.

Bethlehem at the Time of Messiah

Bethlehem at the time of Messiah was as the Scriptures describe it: a small town featuring fields that can be seen to this day where shepherds guarded their flocks.

At the time of Messiah, the conflict between the Kingdom of God and the Kingdom of the World would have been visibly represented in Bethlehem in a most dramatic way. The Herodian, one of King Herod’s palaces, was built on a hill close to Bethlehem nearly 2,500 feet above sea level. This fortress, a grim reminder of Herod’s earthly power, would become, like Masada, a stronghold of the Zealots against the Romans around the year 70 AD.

It was also used by the Jewish fighters during the Bar Kokhba revolt (132-135). The historian Josephus identifies the Herodian palace as the burial place of Herod-who is remembered as the bloody despot who, hearing of Messiah’s birth, slaughtered infant boys (Matthew 2:16) in a vain attempt to preserve his doomed authority.

Bethlehem through the Centuries

Sadly, Jerusalem was destroyed amid the failed revolts of the first and second centuries. After that, the Land was occupied by the successive empires that fought over it in the ensuing centuries. Bethlehem too became an object of squabbling, as various factions sought to exert their ruling influence over it.

When the Byzantine Emperor Constantine embraced Christianity in the fourth century, his mother, Helena, caused the Church of the Nativity to be constructed in Bethlehem. The Church was later reconstructed by the Emperor Justinian in the sixth century and its earlier foundations can be seen to this day.

Bethlehem came under Jordanian control in the aftermath of the War of Independence in 1948. Then, after the 1967 Six Day War, Bethlehem passed into Israel’s control-only to be handed over to the Palestinian Authority in 1994.

The shift of power from Israeli hands to that of the Palestinians has dramatically changed the character of Bethlehem and caused continuing turmoil in the birthplace of the Prince of Peace. In 2002, about a hundred Palestinian gunmen shot their way into the Church of the Nativity and proceeded to use it as an outpost from which they attacked Israeli soldiers-confident that the media would concentrate its attention on any return gunfire that might damage the structure of the church.

In the decade that has passed since Bethlehem was handed over to the Palestinians, the Christian population of Bethlehem has dropped from 80% to just 20%, and numerous instances of perse¬cution of Christians have been reported.

However, as the prophecies and promises of Scripture are fulfilled, we can rest assured in the knowledge that humble Bethlehem, little among the thousands of Judah, will rejoice in its Ruler in Israel, whose goings forth are from of old, from everlasting. 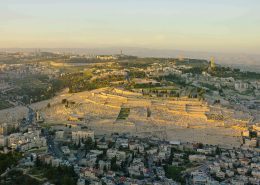 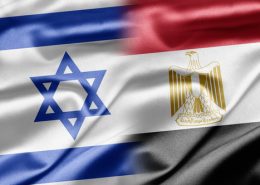 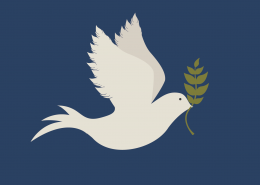 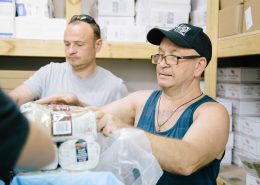 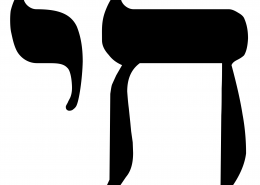