In the 1920s, we began publishing a joint Yiddish-English monthly newspaper entitled The Shepherd of Israel. At the time, we were known as the Williamsburg Mission to the Jews. In 1921, we started sending 200 copies a year of The Shepherd of Israel to Jerusalem, to a British missionary supported by our mission—Frank Boothby. Boothby operated a small storefront called “The Gospel Gate Room” which he kept stocked with Gospel tracts, Bibles, and our newspaper. Boothby reported that the Jewish people of Jerusalem loved the Yiddish periodical and would come by the building to pick up new editions. Boothby faithfully continued in this ministry until his death in 1940. He was our first missionary in the Holy Land.

The final years of the British Mandate were tumultuous times for all in the Land. Boothby had written in 1938, “[W]hen it becomes known that Jews have turned toward Christ they are faced with bitter hatred and boycott from all Jewish sides, and the Missions have yet not found the means to sustain them or to provide jobs or work of a lasting kind.” After Boothby’s death, we appointed a Norwegian missionary, Sigourd Biorness, to continue the ministry at the Gospel Gate Room, and he often described the unique difficulties in the Land. Jewish refugees were pouring in from Europe, attempting to flee the Nazis, but there was a lack of food, employment, and shelter for the arrivals. Biorness was distraught by the needs of the refugees, as there was little his ministry could provide. Eventually the war closed most of the shipping lanes to the Land, so even Bibles were impossible to ship. After years of stagnation, Biorness resigned from the ministry in 1946, and the Gospel Gate Room went out of existence before the establishment of the State of Israel in 1948. Yet, the Lord would soon give new life to the work of our Mission in Israel.

In 1949, after the dust had settled from the War of Independence, our ministry, which was now known as the American Board of Missions to the Jews (ABMJ), called a new missionary to lead our work in Israel: Haim Haimoff. He began by serving 25 Jewish believing families in Jerusalem. Soon after, we called W. L. McClenahan to help Haimoff with the administrative side of the ministry. McClenahan was a Gentile believer who had lived in the land for 30 years, and it was his role to register our ministry as a foreign corporation. In 1951, the State of Israel issued the ministry a certification, stating, “The American Board of Missions to the Jews is now registered under the laws of the State of Israel—one of the first independent missionary societies in the world to enjoy that privilege.”

This certification was a significant blessing, but like the new nation, our work was still on shaky ground. By 1953, Haimoff left the ministry and McClenahan passed away. We attempted to send short-term missionaries to Israel and keep our connections alive, but the Mission had no salaried missionaries in the Land for nearly a decade. It was complicated to send missionaries due to Israel’s immigration laws.

In 1962, Chosen People Ministries called Peter Gutkind, a Jewish believer, to oversee our work. Gutkind served in Haifa and taught Bible classes, distributed care packages, and passed out Gospel literature. By 1965 he enjoyed a thriving ministry in which Israelis were receiving the Lord and getting baptized. However, as the word of his ministry got out, the ire of a violent group of Orthodox activists was aroused. In August 1965, over a hundred Yeshiva Youth attacked Gutkind’s home and destroyed the contents within. Our missionary was spared physical harm and fled, but he knew that the Israeli police had purposefully taken a slow response. Our work in Haifa, just begun, was now in grave danger.

These difficulties challenged the Mission’s President, Daniel Fuchs, as he attempted to look for new ideas. In 1969, he entered into a joint agreement with the American Messianic Fellowship (now known as Life in Messiah) to do a joint broadcast of Gospel radio throughout Israel. The two ministries produced a 30-minute segment, seven days a week. The partnership continued through 1973, at which point our Mission took full responsibility for the broadcast. We also partnered with Victor Smadja, a Jewish believer who had established an Israeli publishing company, Ya’netz Press, and led a congregation in Jerusalem.

Also in 1969, Jacob and Leah Goren, both Holocaust survivors, received God’s call to join the ABMJ and continue their ministry to Jewish children in need. Soon after, Joseph Alkahe, who had been serving as a pastor in Tel Aviv, joined the Mission as well. The ministry was delighted to finally have a thriving ministry in the Land with multiple missionaries in Jerusalem, Tel Aviv, and Haifa, and a daily radio program.

Gutkind retired in 1972, Jacob Goren passed away in 1981, and in that same year, the ministry decided to cut ties with Alkahe for theological reasons. Leah Goren continued her ministry, but our work in Israel entered a dry season. One high point, however, was the creation of the “See Israel Through Jewish Eyes” program, which brought tour groups to Israel to experience the land and act as good-will ambassadors for the Gospel amongst the Israeli population.

By the late 1980s, our Mission, now named Chosen People Ministries, was struggling financially. Despite a hiring moratorium on new workers, the ministry saw the dire need for ministry in Israel as winds of change were in the air. We began a ministry among the thousands of Russian immigrants entering Israel and called Avner Boskey in 1987 to serve as an evangelist in the Land. Boskey established a new messianic congregation outside Tel Aviv, and Albert and Gretta ministered to the massive influx of Soviet Jews who were escaping the fall of the Soviet Union.

Two of those new Russian immigrants were Michael and Natalie Zinn. Michael was an engineer who had fled the Soviet Union to make a new life in Israel, but like other Russian Jewish immigrants, the Zinns did not know any Hebrew. They enrolled in a Hebrew language class for new immigrants, and while there, they met an American missionary couple who were also trying to learn Hebrew. They became friends, and eventually, Michael and his wife accepted Yeshua as their Messiah.

Today, Michael Zinn serves as the National Director of our work in the Holy Land. He stands on the shoulders of many previous servants of the Lord who ministered in the Land. However, the lessons of the last century in Israel have shown us that ministry cannot stand still, but must always be adapting with the times and finding new methods to reach the lost. Our work amongst 1.4 million Russian Jews continues. Multiple congregations have been planted, benevolence work among the elderly and Holocaust survivors is thriving and work among children through camping programs continues to grow and thrive. Multiple thousands of Israelis are now touched by the Lord by our over 20 Chosen People Ministries staff in the Land.

Perhaps the capstone of our efforts in Israel was the purchase of a beautiful building in the German Colony of Jerusalem, which is called the Jerusalem Messianic Center. It houses our Israel headquarters and is used to host Bible studies and social events designed for outreach. It also has the capacity to house a dozen short-term workers.

However, we believe we are in the middle of a new move of the Spirit as ministry among younger and more secular Israelis are becoming fruitful through the use of digital media. Unlike previous decades, there are now many congregations and believers in Israel who can disciple and follow up with these younger seekers.

This is why our Greater Tel Aviv Center may be the beginning of a new page in our work in Israel. We have the space for a thriving coffee house, evangelistic meetings, and Bible studies. Who knows what the Lord will enable us to do through this space?

No matter what the future holds, we are thankful for the ways the Lord has enabled us to minister in the land of Israel, and for all of the people who diligently served the Lord there in decades past, as well as those who continue to be a witness for Yeshua in the Land today. 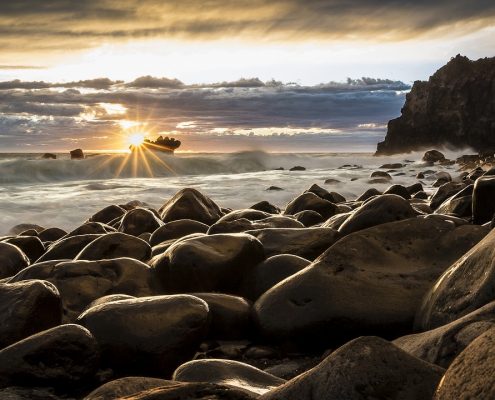 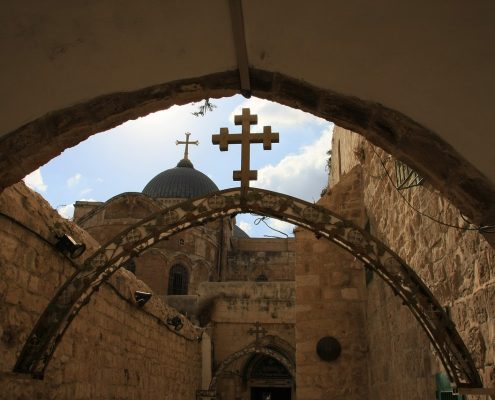