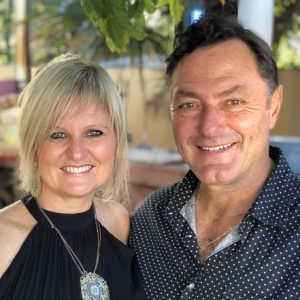 Lawrence is a Jewish believer in Yeshua who had a traditional Jewish upbringing culminating with his Barmitzvah at the age of thirteen. In 1983, Lawrence and his family emigrated to Australia.

In 1990, Lawrence and Louise trained and worked in South Africa for five years. In October 1994, the Hirsch family returned from South Africa to take up their vision of sharing the Gospel with Jewish people in Australia. It was in 1995 that Celebrate Messiah was born. Lawrence and Louise have been involved in planting several messianic congregations and have had the privilege of leading many Jewish people to faith in Messiah.

Lawrence is the messianic Rabbi of Beit HaMashiach Messianic Congregation in Melbourne and is also actively involved in mission work in Israel, Russia, New Zealand and South Africa.