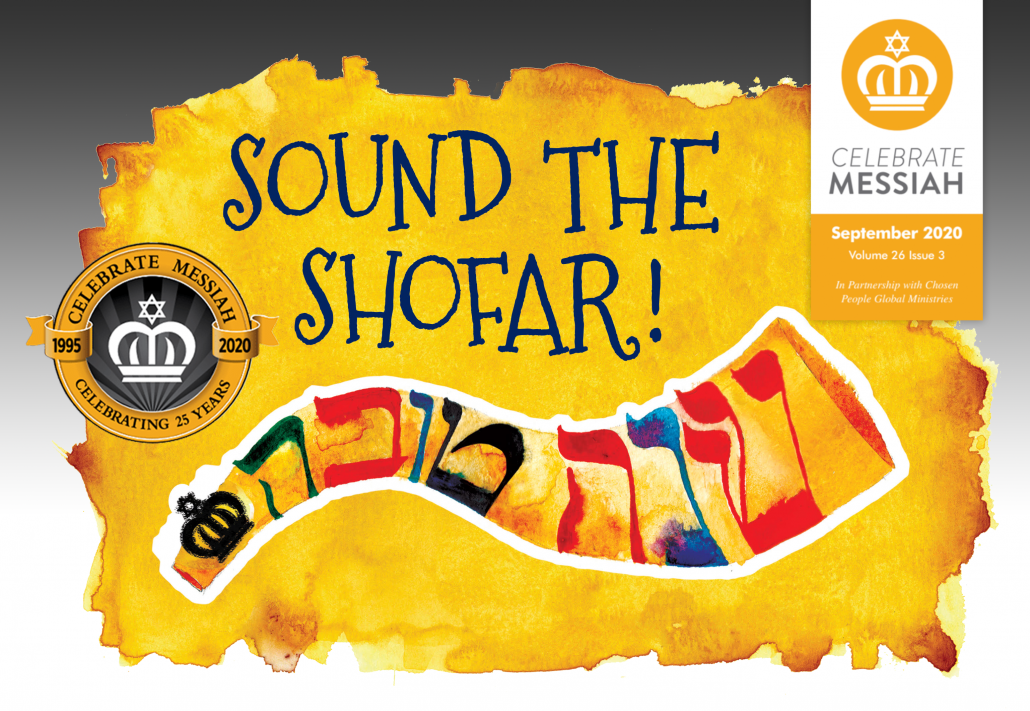 Shalom and greetings in the name of Yeshua our Messiah. I trust and pray that you are safe and well, and hopefully even thriving in the Lord, despite the challenges we are all facing with the COVID-19 crisis.

I am so grateful to the Lord for his continued blessing on the ministry of Celebrate Messiah, and we are so appreciative of the support and prayers we are receiving from our supporters like yourself. COVID-19 has not stopped Jewish evangelism… 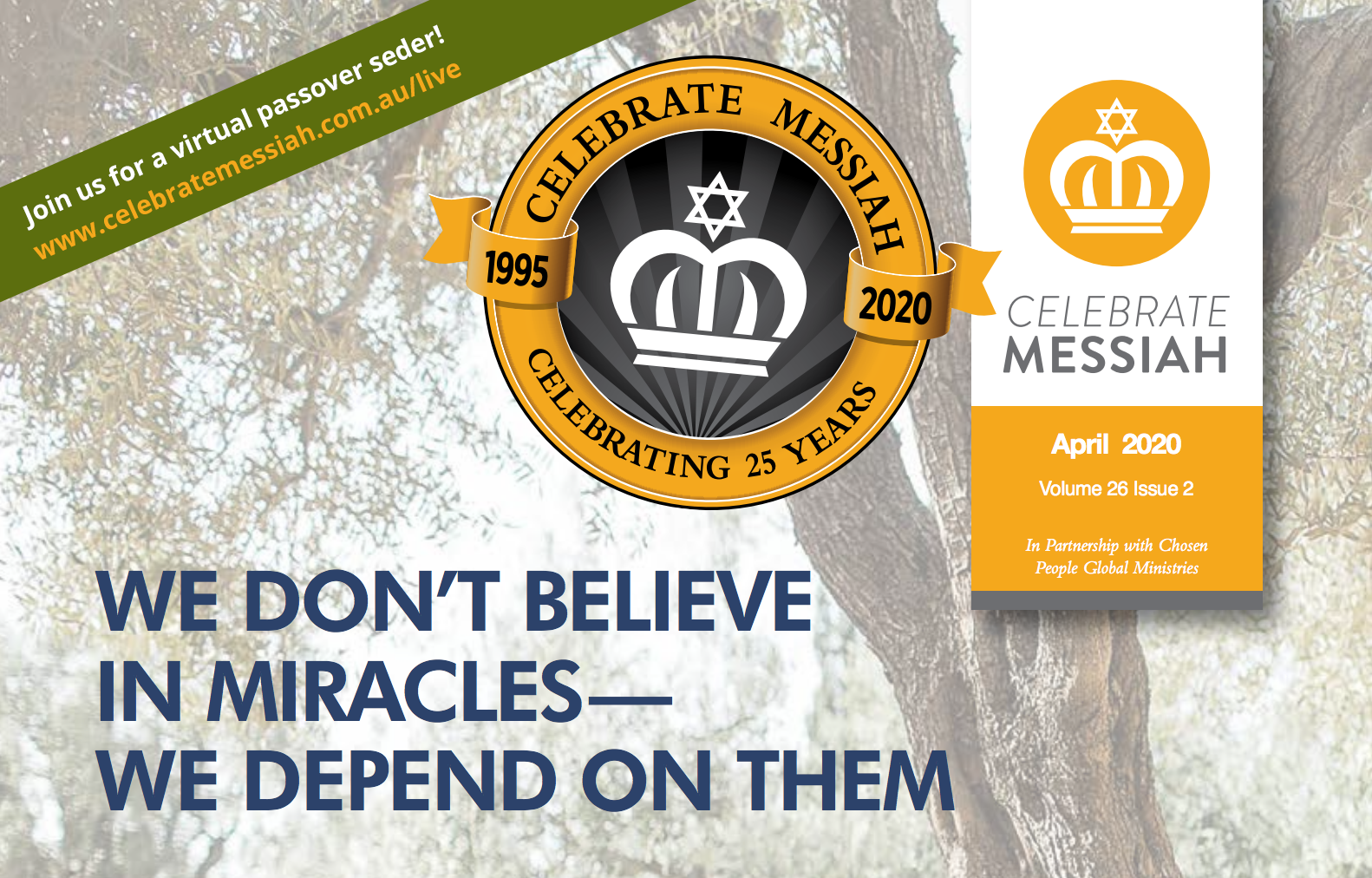 We Don’t Believe in Miracles – We Depend on Them

Shalom and blessings to you in Yeshua our Passover Lamb! Very soon we will be celebrating Passover and tell the story of God’s miraculous deliverance of the Jewish people from bondage in Egypt to freedom in the Promised Land.

We will also tell the complete story of God’s miraculous deliverance of all people who put their faith and trust in Yeshua, the Passover Lamb who has been sacrificed for us. Through Yeshua, all of us who believe, pass-over from death to life and from darkness to light. 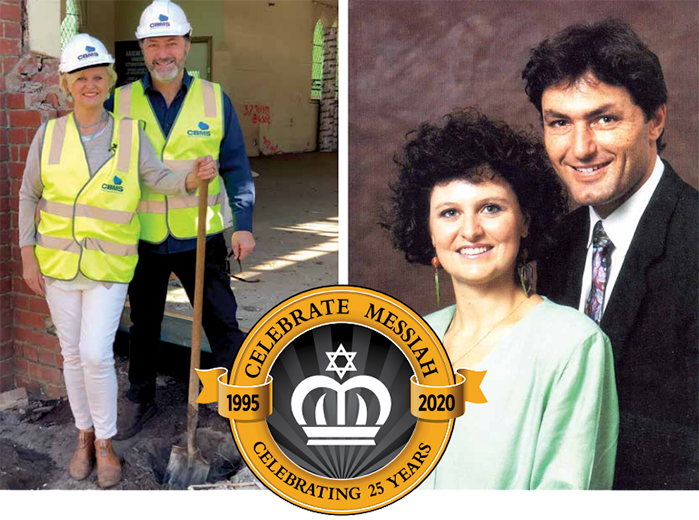 Shalom and Happy New Year for 2020! Because the Lord is our Refuge and our Strength the future is looking bright and clear. What a privilege it is to be alive at this time, and I want to give thanks to the Lord for his faithfulness to Louise and I personally, and to the mission of Celebrate Messiah.

This year we are celebrating our 25 th Anniversary as a mission. We officially launched Celebrate Messiah on the 3 rd of February 1995 and our original mission remains the same 25 years later: Bringing the Message to the Original Messengers.

Shalom and blessings to you in Yeshua our Messiah. I would like to introduce you to a most exciting and strategic mission opportunity in the heart of the largest Jewish community in Australia: the building of the first purpose-built Messianic Centre in the Southern Hemisphere.

Shalom and blessings to you. It gives me great joy to be able to give you a current snapshot of what your mission to the Jewish People is up to at this time. I was recently personally so encouraged by the reports that I received from our missionaries in the field, that I wanted to share these exciting stories with you. 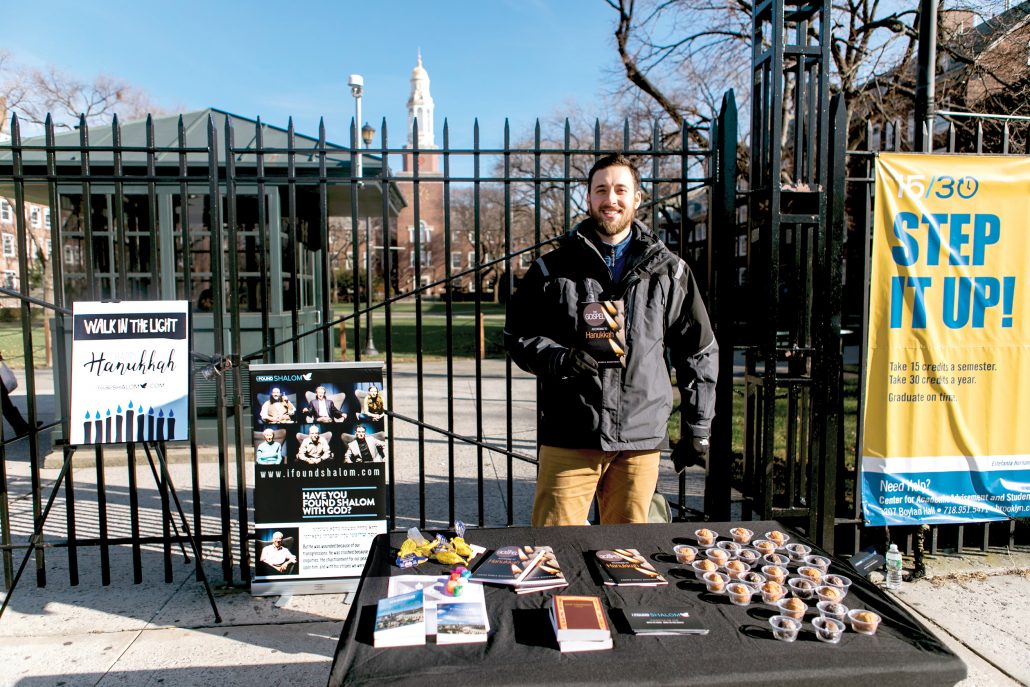 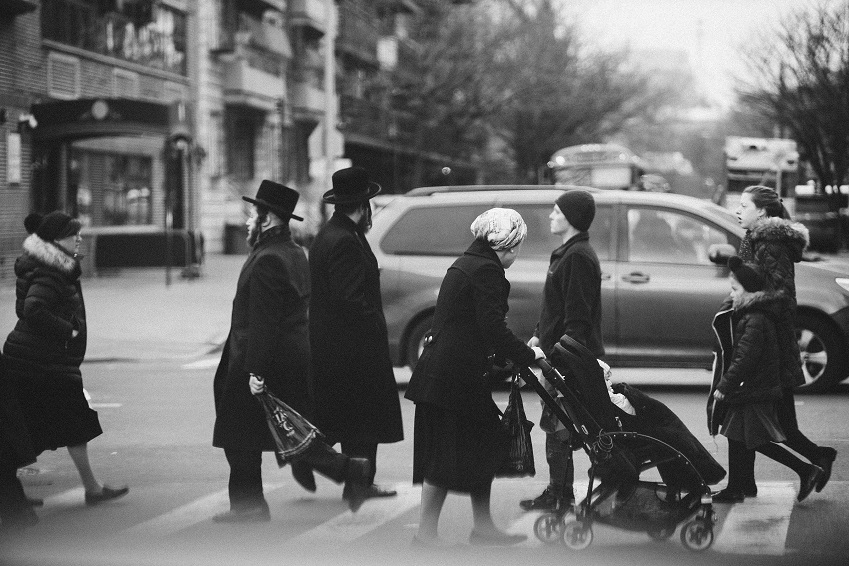 Shalom in the name of our Messiah Yeshua.

Louise and I had the pleasure of taking 80 fellow Aussies to Israel to join our partner Chosen People Ministries to host 600 fellow believers for a tour, a Bible conference, and a glorious celebration of Israel’s 70th anniversary. The fellowship was wonderful and so many of us had good opportunities to share the gospel with both Jewish Israelis and lots of Arab Muslims as well.

Our world is quickly moving further and further away from the Creator, and this is especially true in North America, Europe and Australia. Yet, this is not the whole story according to those who study the Jewish community. 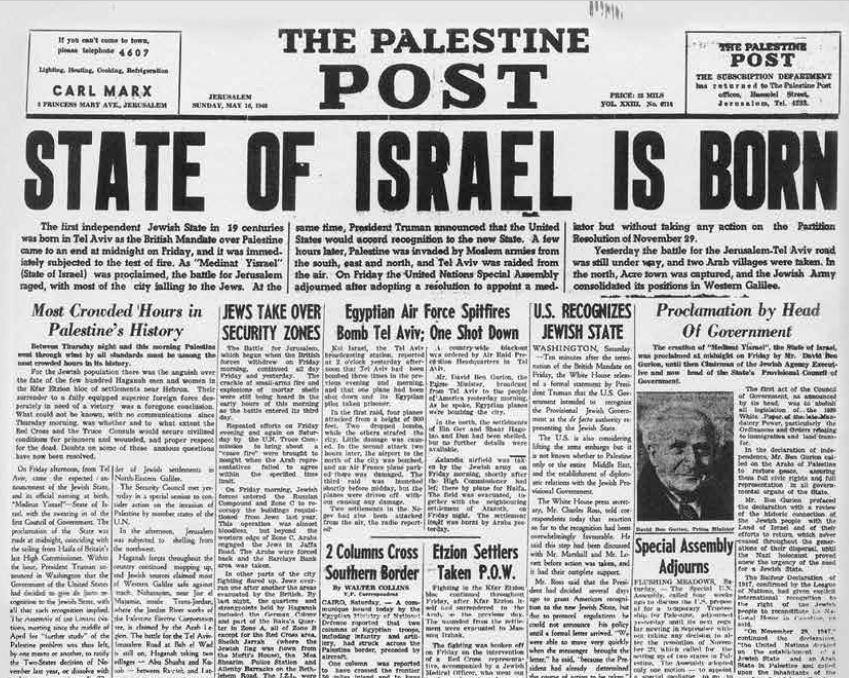 Shalom from Caulfield, in the heart of Jewish Melbourne! We are celebrating Israel’s 70th birthday this year, and Louise and I have just returned from a month of ministry in the Land. The State of Israel was founded on May 14, 1948, and Australia was among the first countries to formally recognise the ‘new’ state, on 27 January 1949.

Justifying Australia’s position, Foreign Minister Evatt stated: Australia’s decision to give recognition to the Government of Israel was as inevitable as it was just… Australia’s one objective was to reach a fair and just solution, and I believe that objective has now been satisfactorily reached. 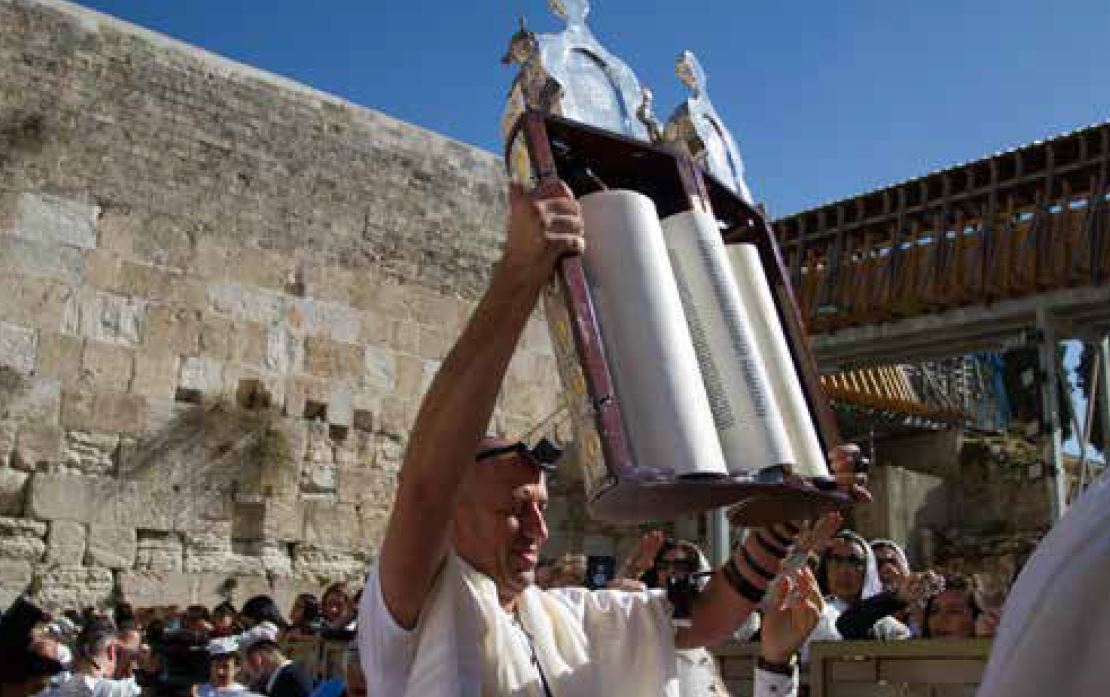 Shalom and blessings to you in Yeshua our Messiah. As we come to celebrate the Feast of Shavuot, also known as Pentecost in the New Testament, on Sunday 20th of May this year, I am so grateful to God for his good gifts to us through faith in Yeshua our Messiah.
At this Appointed Time we give thanks to God for two most amazing gifts in particular: the gifts of his Word and of his Spirit. 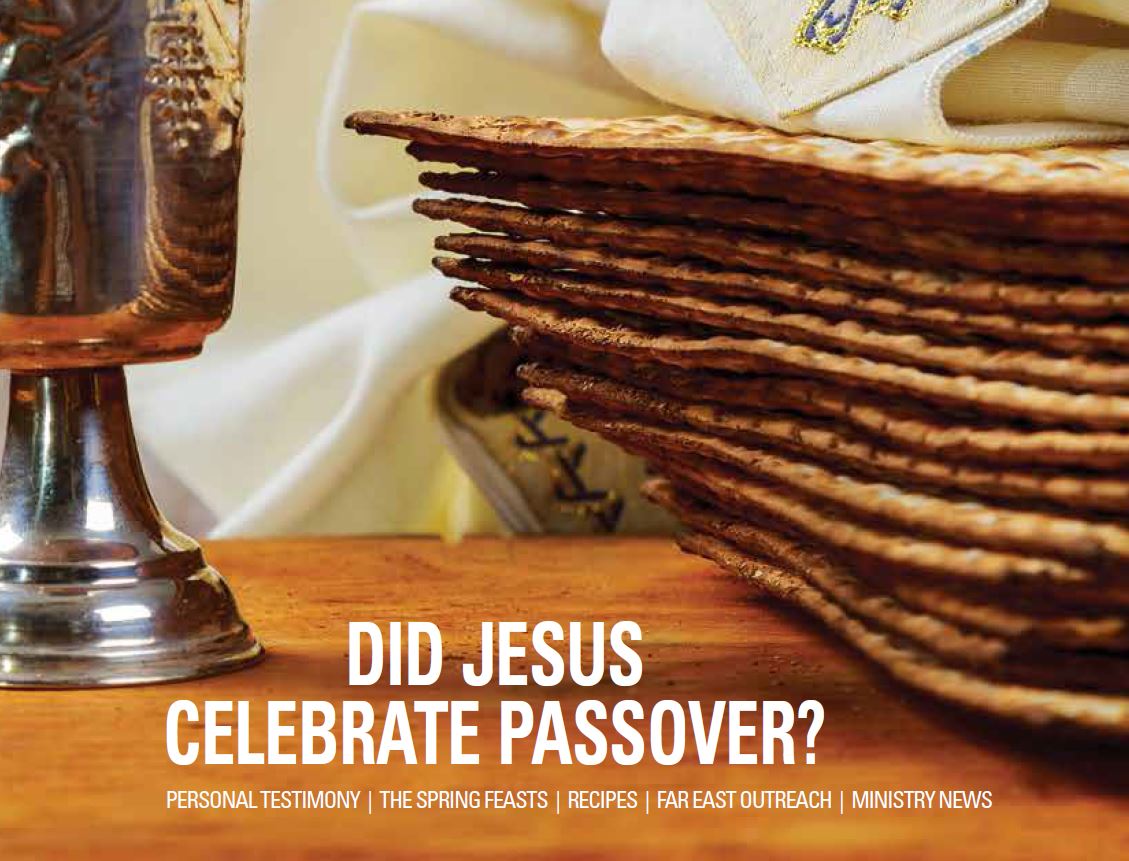 We are approaching the Passover/Easter season and I pray this will be a spiritually enriching time for you and your family. Hundreds of Jewish people – both believers in Jesus and seekers – will be attending Chosen People Ministries’ Passover events around the globe.

Your Mission to the Jewish People has produced two new books, which are now available. Both books cover similar material, but the longer book, Messiah in the Passover, goes into greater depth regarding Passover in the Bible, Jewish history, and even Church history. The Gospel in the Passover focuses on the way in which Jesus fulfills the festival. 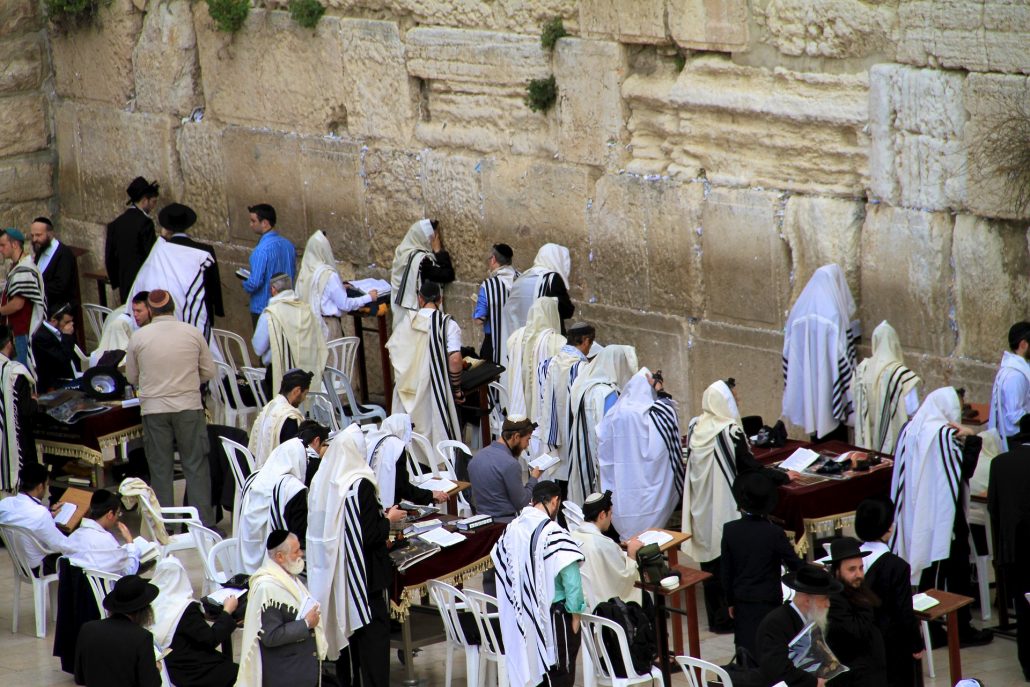 Shalom and a happy start to 2018 to you! I pray you have had a great time of rejoicing with your family and friends over this holiday season as you reflect on all the great things God has done.
I am sure you would agree that salvation is our greatest joy. I ask myself sometimes, “Where would I be today without Yeshua?” All I can say is that as a Jewish young man, I was headed for an early grave and an eternity without the Lord. But, thankfully, God gave His Son as a perfect sacrifice for our sin. Now my life and yours are filled with goodness, love, peace, and more joy than we could ever deserve.

*These newsletter archives are in Adobe PDF format.*
You can download Adobe Reader here.