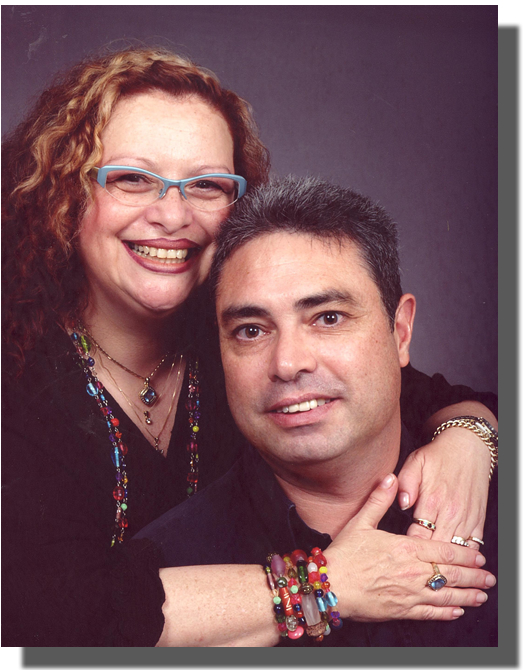 At the age of 15, after the tragic death of Barry’s father and the experience of 2 traumatic years engaged in guerrilla warfare in the South African army, Barry was left devastated, angry and very empty.

By the grace of God, Yeshua knocked on the door of Barry’s heart and in January 1985 he surrendered all to Him. Immediately he took the evangelistic mandate seriously and moved to Israel to share the Gospel with his fellow Jews. He has been sharing the Gospel with joy and sincerity ever since.

“What could be more Jewish than following the Messiah?” say the Buirski’s. God brought Melinda and Barry together and they were married in August 1988. Both he and his wife consider themselves 100% Christian and 100% Jewish. They have two lovely children, Abigail and Samuel.

On November 15 1998, they emigrated from South Africa to Australia where Barry served as a development representative with the ministry of Open Doors with Brother Andrew and thereafter was invited to serve in Jewish ministry.

Currently Barry has been serving with Celebrate Messiah Australia as an outreach worker since 2001. His ministry in Melbourne is meeting with Jewish enquirers and teaching them about Messiah.

Barry says, “Our heart’s desire is to reach out to our Jewish and Gentile brethren, sharing our testimonies and our lives.”