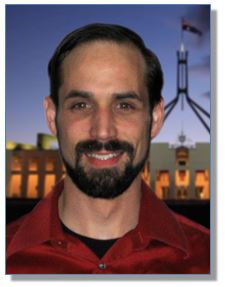 Robert Miles is a Messianic Pastor registered with the International Alliance of Messianic Congregations and Synagogues (IAMCS). He was sent out from Baruch HaShem Messianic Congregation in San Antonio, Texas where he had been an elder and Chaverim (homegroup) leader. Robert is happily married to Eleanor for almost 15 years, and they have four beautiful children. The family moved to Canberra in 2013 and Robert and Eleanor established Hineh Yeshua Congregation. In early 2015, they merged with local messianic group Olive Tree Ministries. Apart from the Word of God, and his family, Robert’s other passions are his motorcycle and aviation. Robert is continuing his career as an Aerospace Mechanical Engineer.