The Mothers, Wives, and Daughters of Orthodox Jewish Melbourne

Growing up in Jerusalem and Melbourne as a distant grand-niece of the Lubavitcher Rebbe M. M. Schneerson, afforded me many opportunities to observe, and sometimes participate in, the lives of my Orthodox Jewish aunts and cousins. After all, who else shops for clothes, groceries, and gets their nails done in the middle of the day? I chuckle at the bits and pieces of conversation I overheard: “I’m good, Baruch HaShem, you Rivki?,” or “My husband says I shouldn’t spend so much money on things we only buy for the guests,” or “Shayna that skirt looks too boxy, I think you should go for an A-line….”

When a baby girl is brought into the world, she is introduced to the community by a public naming ceremony, while a boy has the rite of circumcision on the eighth day. From that time on, the little girl is taught how to be an exceptional homemaker and mother. Young girls are also taught to read and understand Hebrew, Jewish history, and classic Jewish religious literature. The Orthodox Jewish woman wears modest, feminine clothes, and married women wear either wigs or headscarves over their hair. These vary depending on style, observance, and socio-economic status.

Marriages are usually arranged by a Shadchan (matchmaker) and by mutual agreement of the parents. By the time I was seventeen, my father had received three offers for marriage for his consideration on my behalf.  Orthodox women tend to marry at a young age, and children follow shortly after. It is not uncommon for a woman to have school-aged children by the time she is thirty, and sometimes to be a grandmother by her early forties! With this emphasis on family and childrearing, it can be difficult for women in these communities who marry late, who have difficulty conceiving, who experience divorce, become widowed, or who feel like they don’t fit the mould and expectations of their communities. Sometimes these mothers have children with disabilities, and experience the same struggles as many other Australian families.

What are the implications for Jewish evangelism? Jewish women are well versed in the Hebrew Scriptures, as it is considered their special domain. Considerable emphasis is also placed on the Talmud, but extra-biblical texts are studied more by men. This is an unintended blessing, as religious women can draw closer to the Scriptures than their husbands, fathers, and sons!

Also, unlike the men, women are excused from “time-dependent commandments,” which are mitzvot, prayers or tasks which must be performed at certain times, days or seasons.  The reason given is that they are thus shielded from accidental disobedience due to the constant demands of childrearing and housekeeping. Women are therefore freer to develop a more personal relationship with God: they may sing and encourage their hearts through the Psalms as they go about their day caring for children, and keeping a kosher home. These religious Jewish women hold the future in their hands. According to a recent survey of the Jewish community in America by the Pew Research Centre, Orthodox Jews currently make up about 10% of the Jewish population.  But this percentage is likely to treble in the next half-century due to the high birth rate among American Orthodox Jews¹.  There is no reason to expect a different statistical demographic in Australia. Orthodox Jewish women are raising an increasingly larger number of Jews.  How appropriate that our Messianic Congregation Beit Hamashiach is located in the heart of Orthodox Jewish Caulfield!

Please pray for these precious women, their faithful engagement with Scripture, and relationship with God. Also, it seems that some women are beginning to ask for a greater role in synagogue life, and this is causing some tension within the Orthodox Jewish community. It is our hope that this trend might be used by God to inspire Orthodox Jewish women to go even further by starting to consider the possibility that Jesus is the Jewish Messiah.

*Names have been changed. 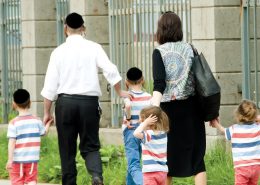 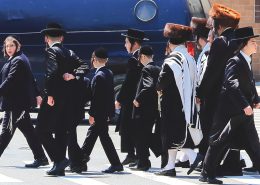 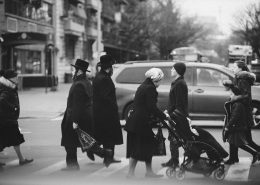 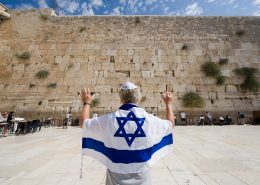 Who Are The Haredim?