Have you heard about Madonna’s recent visit to Israel? It was well covered in a New York Times story dated September 20, where she is quoted as saying, “I’m here as a student of Kabbalah…. A kabbalist believes that he or she has the responsibility to make the world a better place.” *

Traveling as the featured attraction among 2,000 members of the Los Angeles Kabbalah Center who toured Israel during the High Holy Days, Madonna was the object of so much adulation that she was unable to move freely enough to visit most of the holy sites she had intended to see. The story goes on to say that she took part in Kabbalah sessions in her hotel’s conference room, “which was converted into a synagogue, with segregated men’s and women’s sections.”

As may be expected, her presence touched off a firestorm of controversy.

* The word Kabbalah has a number of spellings, including Cabala and Qabalah

The Kabbalah Center, the organization with which Madonna is associated, has come under fire from a number of Jewish authorities seeking to distance it from “mainstream” Judaism.

Stephanie Garber, writing for the Cleveland Jewish News, quotes Rabbi Daniel Olgin: “The bottom line regarding the Kabbalah Center is that it is a ‘New-Agey distortion’ of Judaism….Hollywood stars simply make a mockery of Judaism…”

Yitzhak Kadouri, a well-known teacher of Kabbalah, put it bluntly in a recent interview in the Israeli newspaper, Maariv: “It is forbidden to teach a non-Jew Kabbalah.” The Kabbalah Center says otherwise, claiming that Kabbalah is open to all.

What’s it all about? What is Kabbalah, anyway-and why all the fuss?

The Meaning and History of Kabbalah

The Hebrew word Kabbalah means “what has been handed down.” In other words, Kabbalah is a tradition-and one of a certain type. Perhaps it helps to think of Judaism as a river that branches off into many streams. One of those streams is Kabbalah-the stream of mystical teaching that deals with “hidden knowledge” having to do with the “concealed” meaning of the Torah (Jewish Law).

Tracing its roots to the Gnostic teachings of the first century-and perhaps even earlier-modern Kabbalah only dates back to the twelfth century, to the Sefer Bahir (Book of the Brilliant Light) and the Sefer Zohar (Book of Splendor), written a century later. There are a number of “schools” of Kabbalah, each of which draws upon a particular body of teachings or the work of some charismatic figure.

The knowledge of Kabbalah, which dwells in part on the secret meaning of numerical combinations hidden in the Hebrew texts, has been a legitimate, although peripheral, part of the Jewish world for hundreds of years. The father of modern scholarship on the subject of Kabbalah was Gershom Scholem (1897-1982).

Born in Berlin, Scholem was educated in the German universities and immigrated to Israel in 1922, where he later became Professor Emeritus at Hebrew University. He produced a formidable body of academic work, much of which was devoted to Jewish mysticism. Scholem treated his subject as an historian and was careful to place it into the context of other Jewish religious and historical developments.

Kabbalah and the “New Age”

Kabbalah, therefore, is certainly nothing new. However, what is new is the recent phenomenon of detaching it from the rest of Judaism and treating it as a hobby to be dabbled in and combined with New Age teachings.

In a way, this ought not to be surprising. In a culture that exalts “spirituality” and scorns “religion,” Kabbalah is ripe for the plucking. Its fascinating symbols, such as the red string bracelet (said to ward off the “evil eye”), exert a powerful attraction. Besides, the thrill of getting in on “forbidden” knowledge has always been the allure of the occult. Unfortunately, confused spiritual seekers may be getting more than they bargained for!

Careful analysis of the basis of Kabbalistic teaching-particularly in its latest New Age incarnation-will help us to answer the assertions of the New Age Kabbalists through the revelation of Scripture.

The heart of Kabbalistic teaching is the pursuit of secret knowledge. It is the age-old siren song. Learn the hidden mystery, the voice coos, and you will grasp the secret of life.

One of the keystone beliefs of Kabbalah is that true interpretation of Scripture is based on knowledge that is hidden in the words, letters, numbers, and even the accent marks contained in the Hebrew Scripture. Only those who possess the secret key to interpretation may know these mysteries.

The Scripture, however, proclaims a different story. The book of Deuteronomy declares, “For this commandment which I command you today is not too mysterious for you, nor is it far off” (Deuteronomy 30:11).

The New Testament proclaims that Jesus is open to anyone, not just those privy to “hidden knowledge.” The Lord declared, “I am the door. If anyone enters by Me, he will be saved, and will go in and out and find pasture…I have come that they may have life, and that they may have it more abundantly” (John 10:9-10). What could be clearer than His words, “I am the way, the truth, and the life. No one comes to the Father except through Me” (John 14:6)?

The temptations of secret, esoteric knowledge were not unknown to the Apostle Paul. That is why he penned this warning to the Colossian fellowship: “Beware lest anyone cheat you through philosophy and empty deceit, according to the tradition of men, according to the basic principles of the world, and not according to Christ” (Colossians 2:8).

Paul knew that the only mystery worth knowing is no longer a secret. It is a mystery that has been revealed and is now available to all: “the preaching of Jesus Christ, according to the revelation of the mystery kept secret since the world began but now made manifest, and by the prophetic Scriptures made known to all nations, according to the commandment of the everlasting God, for obedience to the faith” (Romans 16:25-26).

This is the Light toward which the Kabbalists grope. It is up to believers to be there to help show them the way. 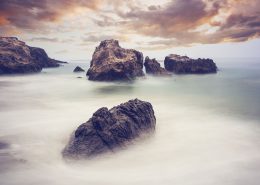 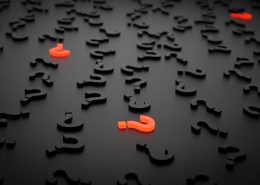 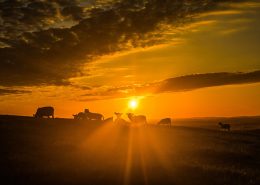 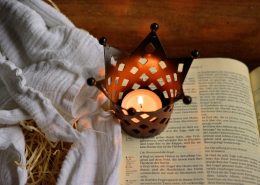 Hanukkah: The Eight-Day Party in Praise of God