Passover and Easter have now passed, but Pentecost is on its way! This beautiful festival, shared by Jewish people and followers of Jesus the Messiah, has far-reaching implications for us all.

The Festivals of Israel

The Lord designed the festivals of Israel to focus the Israelites’ hearts and minds on various elements of His person and plan. The festivals also point to the coming of the Messiah — this is especially true of the seven great festivals outlined in the twenty-third chapter of Leviticus.

I believe Jesus Himself had these festivals in mind, along with other passages of Scripture, when He told the two disciples on the road to Emmaus,

“O foolish ones, and slow of heart to believe in all that the prophets have spoken! Ought not the Christ to have suffered these things and to enter into His glory?” And beginning at Moses and all the Prophets, He expounded to them in all the Scriptures the things concerning Himself. (Luke 24:25-27)

Passover is a prophetic portrait of the Lamb of God who takes away the sin of the world. The celebration of Unleavened Bread reminds us of the sinless nature of the Savior. The feast of First Fruits, which takes place on the Sunday after the Sabbath of Passover, speaks of the Messiah who would rise as the “first fruits” from among the dead.

The Fourth and Final Spring Festival

The final spring festival is called Shavuot, the Hebrew word for “sevens.” This is because Shavuot is to be observed on the fiftieth day after Passover, after “seven sevens” — that is, seven weeks — have passed. In Christian tradition, the festival is called Pentecost, which is related to the Greek word for fifty.

At Shavuot, the Israelites were to offer the first of the grain harvest. This was symbolized by the offering of two leavened loaves of bread (Lev. 23:17). The festival was a day of thanksgiving to God, who had faithfully completed what He had begun—bringing forth a harvest to be enjoyed by His people.

There are many Jewish traditions associated with Pentecost. Tradition says that King David was born and died on the day of Pentecost, and that Ruth took on the yoke of the Law on this holiday. In fact, the entire book of Ruth is read in the synagogue on Pentecost, or Shavuot, to honor this tradition.

One of the Hebrew titles for the holiday is Zman Matan Torah—”the season of the giving of the Law,” as the rabbis believed that the Torah was given on the day of Pentecost. We eat special holiday bread shaped like a ladder—a reminder of the Jewish tradition that Moses climbed a ladder to heaven to receive the Law.

Shavuot and Pentecost: the Fulfillment!

If Passover was fulfilled in the death of the Lamb of God, and First Fruits was fulfilled in His resurrection, then how was the festival of Shavuot fulfilled by Messiah? In the second chapter of Acts, we see this festival fulfilled in some remarkable ways. It is no coincidence that God selected this Jewish festival as the day when He sent His Holy Spirit!

The 120 disciples had gathered together to pray and focus on God’s work. They were waiting in obedience to Jesus’ command (Acts 1:4-5) and also because no work was to be done during Shavuot (Lev. 23:21). God blessed their obedience in a powerful way. The presence and power of the Holy Spirit fell upon the disciples on the fiftieth day after Passover. It was a new revelation, given on Pentecost in fulfillment of God’s promises to pour out His Spirit in the last days! (Joel 2)

According to rabbinic tradition, the soul of every Jew throughout history was present at Mount Sinai when the Law was given, and each person heard the giving of the Law in their own native tongue.

When the Holy Spirit was given at Pentecost, fifty days after Jesus the Messiah died for our sins, those who listened to the disciples’ preaching heard this new revelation in their own native languages. Can you imagine what it would have been like to be present at this new Pentecost?

The Rest of the Harvest

The Messianic fulfillment does not end there!

Some suggest that there is even further significance to the two loaves — that they symbolize Jews and Gentiles coming together in the unity of the Spirit to work together, hand in hand and arm in arm for Jesus — until He comes again!

Jews and Gentiles have been brought together through the miracle of Pentecost, and we share a common calling to reach the world for Jesus. Together, empowered by the Holy Spirit, we have a common mission — to bring the Good News of Jesus the Messiah to the Jew first and also to the Gentile! (Romans 1:16)

Thank you for your prayers and faithful support for Chosen People Ministries as we share the Gospel with Jewish people around the globe until our Messiah returns.

Happy Shavuot/Pentecost — and may the Lord fill you with the power of His presence! 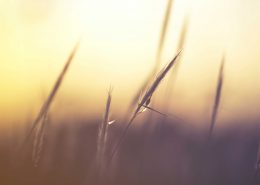 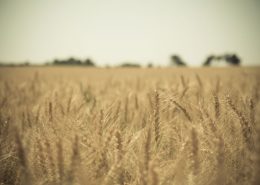 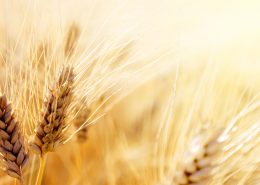 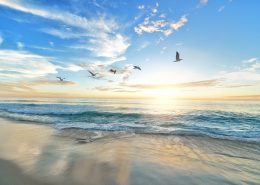 God is Our Shield and Our Sure Defense