The Jewish people have a long history in the lands of the former Soviet Union, perhaps even to the end of the Babylonian Captivity (539 BC) and certainly to the period before Jesus. From the 12th century onward, the Russian Jewish community has played an important role in Jewish history.

It has been a troubled history, however, punctuated by periods of relative tolerance followed by horrific persecution. Literally hundreds of thousands of Jews were killed in the pogroms that took place from the 1880s to the early 1900s.

Like many people in Russia, the Jewish people looked to the Communists for deliverance from the Czarist regime. “Could things have been worse?” they reasoned. The answer, of course, was an emphatic, “Yes!”

The Jewish People under Communism

At first, hopes were high after the Russian Revolution. Didn’t the newly penned constitution guarantee all Jews the civil rights they had been dreaming about? Unfortunately, those promises were never kept. Yet for a single tantalizing moment, Josef Stalin’s solution to the “Jewish Problem” brought the Jewish people closer to the dream of a homeland than they would come until the establishment of the Jewish State in 1948. It was called the Jewish Autonomous Region, centered in Birobidzhan, just north of the Chinese border, farther east than even Siberia and Mongolia.

Stalin’s experiment had mixed results. Like so many other schemes that have been hatched in ignorance of the Lord of Creation, it began with a measure of success, only to fade away. Stalin began to crack down on Jewish culture, and pogroms broke out. By 1948, the Jewish population of the area had peaked at 45,000, and had Yiddish schools, theaters, publications and synagogues. But since the fall of Communism in the early 1990s, many Jewish people began to leave the region to make aliyah (immigrate) to Israel.

However, in these times many Jewish people have decided to stay in the Far East of Russia because of the volatile situation in the Middle East. Today, the combined Jewish population of the cities of Vladivostok, Khabarovsk and Birobidzhan totals about 70,000.

These are the people that Lawrence and Louise Hirsch, together with Rita Ivenskis and their team of volunteers, seek to reach for the sake of Messiah.

Ministering to the Jewish People of Birobidzhan

It is our vision to reach these “Forgotten Jews” of Far East Russia with the Good News of Yeshua the Messiah. Most of these Jewish people have never had a chance to hear the Gospel in a way they can understand.

The project all started at the prompting of Chris and Nicole M., their friends and their supporters, who had a burden for Far East Russia. Then, in September 2004, we took a missions team to this remote region. The mission began in Vladivostok, then went on to Khabarovsk and finally to the Jewish Autonomous Region of Birobidzhan. During that first visit, the team identified key people for a future Messianic ministry in the region and made significant contacts with prominent people in the Jewish community. One such contact was a Messianic Jewish couple, André and Valeria, who have opened their home for Bible studies, have made home visits with Jewish people across the region and have hosted Messianic outreaches on Saturday mornings.

In addition to fellowship and encouragement, we also have gathered and given practical aid, such as the sum of $10,000 to purchase a minivan used to distribute food parcels to families in the district and to pick up people for services.

This warm relationship proved to be the foundation of more to follow. Late in 2006, Lawrence and a ministry team returned from a truly remarkable time of evangelism in Vladivostok, Birobidzhan and Magadan, where millions of people were killed through Stalin’s gulags (work camps). In Birobidzhan, where we have a permanent ministry, ten Jewish people came to the Lord at an outreach meeting. In Magadan, a port city of more than 100,000 people, Lawrence and the others encountered a vibrant church led by a Messianic Jew. They also had the opportunity to proclaim the Word among the Jewish community there, leading two Jewish people to the Lord right in the Jewish community center.They saw 18 people-14 of them Jewish-come to the Lord on that trip. In addition to this, Lawrence made contact with dozens of pastors from across the region who expressed a commitment to reaching Jewish people in their villages.

This year, we will once again visit these three cities to follow up the ministry and continue to establish Messianic outreaches across the region. We also are hoping to visit Kamchatka and Sakhalin, where there are still small, isolated Jewish communities that need to hear the Good News. Please pray for André and Valeria, our missionaries in Birobidzhan, as well as for the team from Australia, as they continue to reach out to the “Forgotten Jews” of Far East Russia. 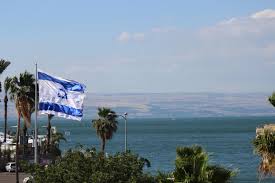 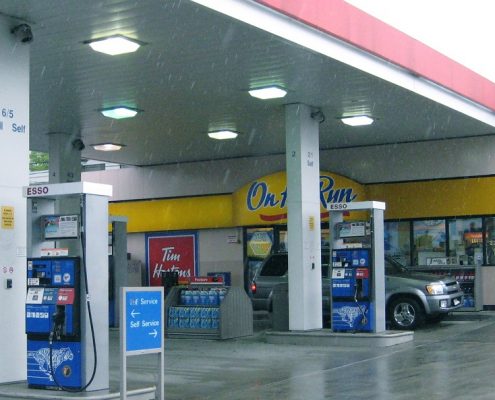 The Jewish People of Latin America
Scroll to top