The story of Hanukkah begins with the Greek invasion of the known world. Antiochus IV, a successor of Alexander the Great, was given control of the region. He quickly initiated severe means of persecuting the Jewish population. The persecution ranged from placing a Hellenistic priest in the Temple to prohibiting Jewish religious expression to outright murder of Jews. What ultimately drove the Jewish people to revolt was the sacrifice of a pig on the Temple’s altar.

Two groups opposed Antiochus: a nationalistic group led by Mattathias and his son Judah Maccabee, and a religious group which ended up being the forerunner of the Pharisees. They joined forces in revolt against persecution. Their revolution succeeded and the Temple was rededicated. The Talmud tells a legend that as the Jewish people were rededicating the Temple, one day’s portion of oil lasted for eight days, allowing the full restoration of the Temple. After decades of fighting, in the year 129 BCE, the Jewish people achieved independence under the Hasmonean dynasty (from which the Maccabees came). This lasted about 80 years, with the Jewish kingdom regaining boundaries not very different from those of Solomon’s time, and Jewish life flourished.

Some in the more traditional parts of the Jewish community see the Maccabees as setting a precedent. Jewish people took the lesson to heart—the God of Israel is worth dying for.

It was just as the pig was about to be sacrificed that Mattathias killed the Hellenistic priest and cried, “Follow me, all of you who are for God’s law and stand by my covenant” (1 Maccabees 2:27). Some even point out that the word “Maccabee” can be an acronym: mi kamocha ba’elim HaShem, “Who is like you among the powers, O God”—the heart cry of the Jewish people.

The tenacity and dedication with which the Maccabees opposed the Greeks set in motion an understanding in Jewish thought and religious expression which was used by God to preserve the Jewish people after the expulsion of 135 CE. Through the centuries, Jewish people, whether in exile or now in the Land, have remained distinct, many with the resilient understanding that the God of the universe is responsible for their life and preservation through centuries of persecution.

Bard, M. The Maccabees/Hasmoneans: History and Overview. Retrieved from http://www.jewishvirtuallibrary.org/jsource/History/Maccabees.html 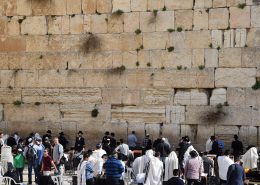 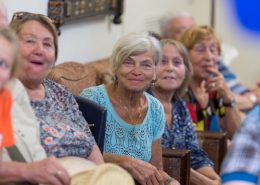 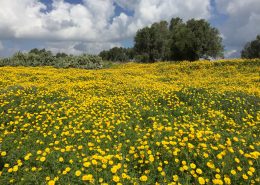 Hanukkah in the New Testament 2017