Simchat Torah: The Joy of the Word and Law

Imagine that you are walking into a religious service at a synagogue or a Messianic congregation. Maybe you are expecting to see people reading from prayer books in Hebrew. But on this particular day you walk into what looks like a dance party. A conga line of men weaves around the sanctuary as they sing and jump. The man in the front is holding a Torah scroll (the first five books of the Bible written on rolled-up vellum). Wherever you look, people are clapping and singing. This is not what you expected! This is Simchat Torah (rejoicing in the Law).

Simchat Torah is celebrated on the last day of Sukkot (the Feast of Tabernacles). This is the day in the synagogue on which the yearly reading cycle of the first five books of the Bible is completed. The synagogue then rolls the scroll from Deuteronomy back to Genesis so that they can begin back at Genesis 1:1 on the next Sabbath.

The dancing and singing is because of the word of God is incredibly moving and worth experiencing and celebrating! What if we, as believers in Yeshua (Jesus), placed such a high value on the words given to us by God? What if they were burned deep into our minds and engraved in our hearts? What if we were to recognize the embodiment of the Word of God, Yeshua, in a real way? That is what we should seek.

I would like to share two reasons why the Word of God should be important in our lives 1) We know God best when we study His words; and 2) there is power in the words of God.

There is a popular speaker who gives an illustration about the giving of the law at Mount Sinai. He gives an interesting take on the event, especially considering that occasionally the “law” is made to sound like a bad thing in some believing circles. He describes the Middle East of biblical times as a land of many religions – yet none of them have anything tangible. They relied only on the priests or leaders telling them what their respective gods required of them, and worshippers had no idea whether or not their efforts would work. The relationship between deity and man was impersonal at best.

Our God got personal with His worshippers. He is known as “I AM,” and in order to help His people know Him better, He gave them His direction (Torah). This was the first time in history that a faith had a written code – and it directly reflects the God who gave it. God did this because He wanted the people of Israel to know Him intimately. The words that He gave us are for our benefit: We live by them, we know Him by them, and we are educated and edified by them. We know God best through His words.

So He humbled you, allowed you to hunger, and fed you with manna which you did not know nor did your fathers know, that He might make you know that man shall not live by bread alone; but man lives by every word that proceeds from the mouth of the Lord. – Deuteronomy 8:3

I have heard countless stories of people who have read the Bible and received supernatural understanding to a problem in life. But it is even better to hear of a Jewish person who is reading the words of Yeshua, the embodiment of the Word (John 1:1), for the first time. They are often surprised that the authors are Jewish and the structure is not what they expected of the New Testament. Then the words of Yeshua come into focus, and He seems like the most intelligent rabbi who ever spoke. They like what He says regarding care for the poor and needy. They are amazed as His go-against-the-grain style of teaching. Most of all, they are surprised at how His teaching all comes from the Law, the prophets, and the writings. This was exactly the same reaction that the people in the Galilee had after Yeshua finished the Sermon on the Mount.

And so it was, when Jesus had ended these sayings, that the people were astonished at His teaching, for He taught them as one having authority, and not as the scribes. – Matthew 7:28-29

The people then responded by following Him. This is the power of the word of God:

For the word of God is living and powerful, and sharper than any two-edged sword, piercing even to the division of soul and spirit, and of joints and marrow, and is a discerner of the thoughts and intents of the heart. – Hebrews 4:12

As we approach Simchat Torah this year on the last day of Sukkot, let us think a bit more deeply, appreciate more sincerely, and revel in God’s desire for intimacy as revealed by His Word. 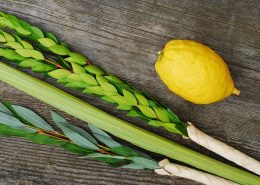 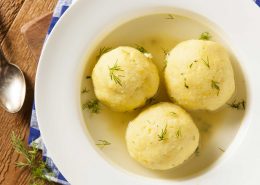 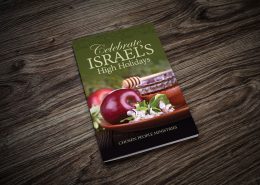 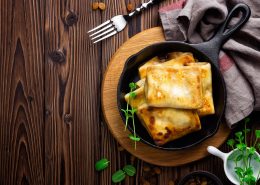 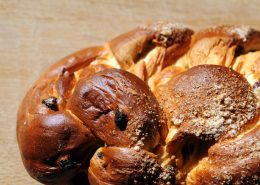 What Does the Future Hold?