Roy Schwarcz was born and raised in New York. His mother emigrated to the U.S. from Berlin, due to the persecution of Jews by the Nazis. His father was raised in New York City. At the age of thirteen Roy received his Bar Mitzvah in the Orthodox tradition. While traveling across the country in the summer of 1971, Rev. Schwarcz met, for the first time, Gentile Christians who loved him because he was Jewish. It was through them that he realized that not all Gentiles are Christians. Through their love and prayers he soon received Jesus as his Messiah.

Roy has been involved in Jewish ministries since 1975. He has worked on college campuses, led home Bible studies, and has been the founding spiritual leader of four Messianic congregations with Chosen People Ministries – two in the Chicago area and one in Toronto, Ontario – and is leading the latest congregational plant of Chosen People Ministries, The Messianic Congregation of Chicago (MC2). He also leads two weekly Bible studies targeting the Chicago business community, one in Chicago’s Loop and one in the Western suburbs. He also leads two monthly outreach studies, one in Highland Park, IL and the other in St. Charles, IL. These studies have led both Jews and Gentiles to come to faith and growth in Jesus. Roy works as Midwest Regional Director for Moody Bible Institute where he received his diploma in Jewish Studies. He was ordained through the Olive Tree Congregation, the first of four congregation he planted with Chosen People Ministries. Roy is married to Joanne, and they have four grown daughters, Susannah, Aliza, Rachel and Jacquelyn.

Roy has authored the book “Where Jesus Walked,” which examines over 50 portions of the life of Christ demonstrating how the Old Testament prophets foretold events in the life of Christ and how they were fulfilled in the New Testament. Each portion is considered from a Jewish perspective giving insights that help in understanding the context of the Gospels and giving greater appreciation for the Jewish roots of our faith in Christ. He has also served as Pastor of Evangelism at Moody Church in Chicago. In his pulpit ministry Roy brings biblical exposition in its Jewish context. The theme in his teaching is the Jewishness of Christianity and God’s plan of reconciliation for all men to God and to one another. This is taught through studies of the Jewish Holy Days and messages that speak of God’s faithfulness to Israel and to those grafted into Israel. His teaching brings together both Old and New Testaments demonstrating God’s grace from age to age.

Invite Roy to your Church
Contact
Give
Media Kit

“Roy’s testimony and understanding of the Jewish culture added great depth to the Scriptures taught. It was great that his wife was able to join him.”

“Roy did a superb job of personalizing the Passover.From the start, it was like he had invited us in to his boyhood home, yet, as the message progressed Jesus shone brightly as he shared the true meaning of various elements of the Passover meal.” 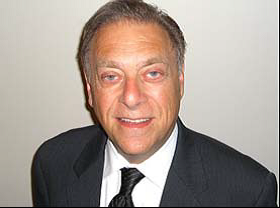