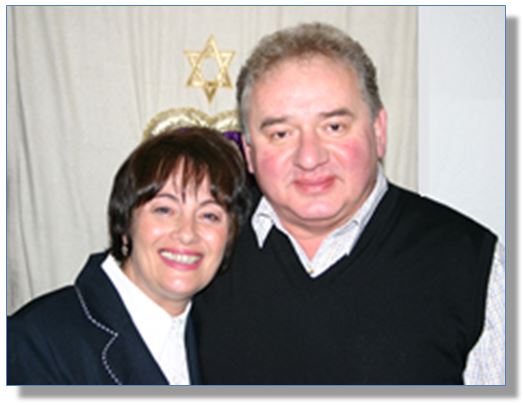 Rita was born in Odessa in the Ukraine and came to live in Australia some 20 years ago. Soon after arriving in Australia, she met and married Eliah who was from originally from Lithuania and whose father was a Holocaust survivor.

Rita first first heard the Gospel in 1992 when a Christian friend witnessed to her about Yeshua. Rita wholeheartedly received the good news but wasn’t ready to go to church opting to study the at home with her friend. During this time she endured a lot of opposition from her Jewish family and friends.

In 1996 Rita met Lawrence Hirsch, the Director of Celebrate Messiah, and started to attend the Russian bible study that he was leading for Russian Jews. A short time later, Rita was baptised together with 6 other Jewish believers and she recalls that being a great turning point in her life. Rita says, “the Lord started working in my life almost immediately and I began to share the Gospel with many of my Russian Jewish people.”