The Promises of God About Israel

God’s Promises Will Come to Pass

I am glad that my wife and I had the opportunity to be in Israel recently. As the debate over future land boundaries intensifies, you could cut the tension in the air with a knife. It is so important for us as believers to pray fervently for the peace of Jerusalem during this crucial time. Praise God, Chosen People Ministries’ work in Israel continues to expand as peoples’ hearts become increasingly open to the Gospel.

In a recent letter, I described our ministries among hundreds of thousands of poor Jewish immigrants, mostly from Eastern Europe. I mentioned that during our recent trip to Israel I spoke to a group of elderly Holocaust survivors at a luncheon we sponsored in Sderot, the little town next to Gaza that suffered thousands of missile attacks over the last few years.

I explained to these dear people, from Deuteronomy chapter 30, that one of the greatest proofs of the existence of God and the truth of His Word is the establishment of the modern State of Israel, and the fact that the Lord enabled them to survive the Holocaust and return to the Land of promise! Moses spoke this prophecy just before the Israelites entered the Land of Israel:

Moses predicted that the Jewish people would go through a time of judgment and dispersion when they would live outside the Land of Israel, but that the Lord who gave them the Land would eventually bring them back! We have seen this prophecy come to pass. The Assyrians drove the Jewish people of the Northern Kingdom from the Holy Land in 722 BC. The Babylonians invaded the Southern Kingdom in 586 BC and took most of the population into captivity. After 70 years, a remnant of Jewish people returned to Israel under the leadership of Ezra and Nehemiah. The Greeks then tried to destroy the Jews by destroying our religion and culture, but failed. However, my people soon found themselves under another Gentile taskmaster—Rome—and we were once again cast out of the Land of Israel after the crushing of Jewish revolts in both 70 and 132-135 AD.

With the Temple destroyed and Jews scattered throughout the Diaspora, the Romans turned Jerusalem into a pagan city. Thus began a long and difficult captivity for God’s chosen people, scattered across Gentile nations from one end of the earth to the other.

But this is not the end of the story!

After almost two thousand years of dispersion, the hope for the restoration of Israel was fulfilled on November 29, 1947, when the United Nations declared that the nation of Israel was now a sovereign Jewish State. This was the final step that had begun with the Balfour Declaration of November 2, 1917 and was further affirmed by the League of Nations. Here is an excerpt from that historic resolution:

Whereas the Principal Allied Powers have agreed, for the purpose of giving effect to the provisions of Article 22 of the Covenant of the League of Nations, to entrust to a Mandatory selected by the said Powers the administration of the territory of Palestine, which formerly belonged to the Turkish Empire, within such boundaries as may be fixed by them; and

Whereas the Principal Allied Powers have also agreed that the Mandatory should be responsible for putting into effect the declaration originally made on November 2nd, 1917, by the Government of His Britannic Majesty, and adopted by the said Powers, in favour of the establishment in Palestine of a national home for the Jewish people, it being clearly understood that nothing should be done which might prejudice the civil and religious rights of existing non-Jewish communities in Palestine, or the rights and political status enjoyed by Jews in any other country; and

Whereas recognition has thereby been given to the historical connection of the Jewish people with Palestine and to the grounds for reconstituting their national home in that country… (see the full text at www.mfa.gov.il)

On May 14, 1948, the modern Jewish State was born! In the words of the founding fathers of modern Israel,

Placing our trust in the “Rock of Israel,” we affix our signatures to this proclamation at this session of the Provisional Council of State, on this soil of the homeland, in the city of Tel-Aviv, on this Sabbath Eve the 5th day of Iyar, 5708. (14th May, 1948; www.mfa.gov.il)

We rejoice in the way the Lord brought His people back to their Land. But this is still not the end of the story—Moses also promised that the Jewish people would repent and be restored in their relationship to God:

I believe this is the next step in God’s plan for the Jewish people—that His chosen people will return to Him by embracing Yeshua (Jesus) as the Messiah! This is why the focus of your Mission to the Jewish people has been and always will be the preaching of the Gospel to Jewish people.

I see the events of the 63 years since the establishment of modern Israel as God’s way of accomplishing His holy purposes—but the work is far from done! This is why Chosen People Ministries has a growing and active work among Jewish people in thirteen countries, but especially in Israel today. There are now almost six million Jewish people (the same number lost in the Holocaust) living in the Land, and we know that it is our calling to reach them—and Jewish people everywhere—for Jesus, that all the promises of God might be fulfilled!

The promises about the Land and the spiritual promises will one day converge!

Paul writes about the destiny of the Jewish people:

Now if their fall is riches for the world, and their failure riches for the Gentiles, how much more their fullness! For I speak to you Gentiles, inasmuch as I am an apostle to the Gentiles, I magnify my ministry, if by any means I may provoke to jealousy those who are my flesh and save some of them. For if their being cast away is the reconciling of the world, what will their acceptance be but life from the dead? (Rom. 11:12-15)

This great day is coming—and the presence of the Jewish people in the Holy Land today is simply one sign that God’s plan is in progress!

I hope that you will pray for the peace of Jerusalem. May the Lord give our leaders and the leaders of Israel great wisdom and discernment. 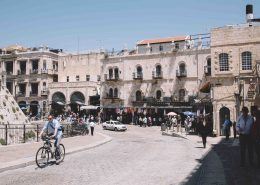 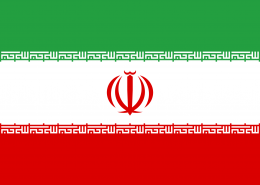 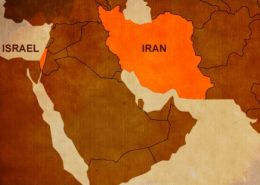 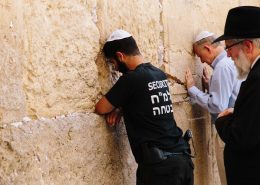