Who is the Most Influential Jewish Person?

Who do you think is the most influential Jewish person who ever lived?

Moses, Freud, Jonas Salk, Barbara Streisand…Woody Allen? There have been many influential Jewish people throughout the centuries who have not only impacted the Jewish community, but also the world in general.

We all have our favorites and heroes, but let’s face it, the Jewish person who has certainly influenced more people than anyone else is none other than Jesus of Nazareth!

In fact, it is possible that the area of His least influence would be among His own people—the Jewish people. He has often been misunderstood and marginalized.

Most Jewish people I know are raised with virtually no knowledge of what Jesus said or did. Many of us might not even know He was Jewish!

Jesus might not be a major part of our corporate Jewish consciousness, but there are many Jewish people today who are curious about Jesus and are at least beginning to think about Him as a long-lost brother.

As Jewish people, we really cannot afford to ignore Him.

As Yale historian Jaroslav Pelikan once wrote, “Regardless of what anyone may personally think or believe about him, Jesus of Nazareth has been the dominant figure in the history of Western culture for almost twenty centuries. If it were possible, with some sort of super-magnet, to pull up out of that history every scrap of metal bearing at least a trace of his name, how much would be left?”[1]

Jesus has achieved a profound and incalculable influence on:

But even though Jesus is a major figure in world history, we tend to keep Him and His teachings at arm’s length.

He may have been a Jewish man…and even the Messiah for the gentiles, but in our everyday Jewish opinion, He is nothing more than an average first-century rabbi who thought He had some unique insights into the Torah, or at best was some type of Galilean mystic, but certainly not the promised Jewish Messiah.

The Jewish Reclamation of the Jesus Movement

At least this has been the usual view within the Jewish community. However, that is starting to change on multiple fronts.

In the 1920s, Hebrew University began developing courses in New Testament Studies. Outstanding and brilliant scholars like Joseph Klausner, who edited the monumental Encyclopedia Hebraica, and David Flusser, as well as other mainstream Jewish scholars, taught these courses, wrote books, and presented scholarly papers about the Jewishness of Jesus. Partly due to their influence, Jesus began to have a renaissance in Jewish life and thought.

During the last two decades, Jewish scholars have taken part in the “Jewish Reclamation of the Jesus Movement.”

Some of these scholars worked together to produce The Jewish Annotated New Testament, published in 2011. “Jesus reclamation” Jewish scholars have broken new ground, and argue that Jesus was a Torah-observant, Middle Eastern, Shema-reciting rabbi (Deuteronomy 6:4, Mark 12:28-31).

These Jewish scholars want to help the Jewish and Christian communities appreciate the Jewishness of Jesus. Jesus:

The goal of the Jewish Jesus Reclamation movement is to help those within the Jewish community who have neglected Jesus to see Him as a Jew who had great wisdom to share with His people.

We are glad the Reclamation movement understands that you cannot understand Jesus and His teachings without viewing Jesus through a Jewish lens!

His historical and religious context underlies all that He said and did during His three years of ministry and teaching. Without seeing Jesus as a Jew, it would be difficult to understand Jesus in any significant depth.

However, there is another movement within the Jewish world now taking place.

Some Jewish people are reading the teachings of Jesus in the New Testament and discovering a rabbi who not only impacts billions of people in our world, but also transforms the lives of His true followers on a deep personal level that goes far beyond religious ritual.

In Jesus they recognize a man who gives hope to the hopeless, answers to the puzzled, and encouragement to those downtrodden by the challenges of life.

It is almost impossible to read the words of Jesus in such comforting passages as “Come to me, all who labor and are heavy laden, and I will give you rest” (Matthew 11:28) and align them with the actions of those who persecuted the Jewish people. Jewish believers in Yeshua separate themselves from those who perpetrated evil in His name and falsely claimed to be His followers.

When Jesus says to the multitude of Jewish people seeking food for the body and nourishment for the soul, “I am the bread of life; whoever comes to me shall not hunger, and whoever believes in me shall never thirst” (John 6:35), they recognize that Yeshua is offering far more than mere food and drink.

These Jewish people come to Jesus not to find fodder for pilpul (like argumentation), but to find Sabbath rest for their souls. He is the one who calmed the stormy seas of the Sea of Galilee and is able to soothe the tumultuous waves of angst that confront everyday men and women—Jews and gentiles.

Over the past two centuries, more and more Jewish people have come to believe that Jesus is the promised Messiah of Israel.

Leaders of messianic congregations around the globe gathered in Ukraine for a historic conference.

Today in the United States, there are tens of thousands of Messianic Jews—Jewish men and women who believe that Jesus is the Messiah. This would probably have been unheard of in years past, though according to some historians there was a burst of belief in Jesus in Europe immediately preceding the devastating years of the Holocaust. We also see a growing number of Israeli believers in Jesus. There are a multitude of voices declaring that Jewishness and belief in Jesus is kosher.

What would lead these Messianic Jews to ignore centuries of crusades, inquisitions, expulsions and pogroms to now believe in Jesus?

You can find out for yourself by viewing the dozens of video stories of Messianic Jews who now believe in Yeshua by going to the website www.ifoundshalom.com. But what if you’re looking for more than the personal stories of Messianic Jews? The following will provide some additional reasons as to why many Jewish people today believe that Jesus is the Messiah.

First of all, there is the recognition that Jesus is one of us. He is Jewish!

The Jewish Jesus Reclamation movement has demonstrated that Jesus was Jewish. This is a tremendous first step in eventually determining the “Messiah question” as Jewish people understand the Messiah must be Jewish. He was to be a descendant of Abraham, of the tribe of Judah and a true son of King David.

We see this to be true about Jesus from the very first verse of the New Testament where Matthew, one of Jesus’ disciples, writes, “The record of the genealogy of Jesus the Messiah, the son of David, the son of Abraham…” (Matthew 1:1)

Believing in Jesus is deeply personal and spiritual and at the heart of our relationship to the God of Abraham, Isaac and Jacob.

This is not merely an academic exercise. If Jesus is the Messiah and our path to God, then this question of who He is touches our soul far beyond issues of identity and even community.

This is why faith in Jesus inspires Messianic Jews to risk all and, when necessary, to bear the misunderstanding and anger of friends and family for the sake of following the One they now believe is the Messiah.

Another common thread found among Jewish people who believe in Jesus is that there is a new willingness to change and behave differently towards God and one’s neighbor.

By believing in Jesus we not only encounter God but also come to grips with some very difficult truths about ourselves. All the pain, loneliness, confusion, and emptiness that so often plagues our souls come from the same root problem—sin.

God created us to enjoy Him and to love others. After all, God placed the first man and woman in the Garden of Eden. It was God’s plan for humankind to live in a perfect relationship with Him and others. But, we have made similar choices as our ancient forefathers and turned to our own way (Isaiah 53:6) rather than God’s and seeking our own benefit above that of others.

Jewish people who have put their trust in Jesus experience the rebirth of spiritual life as He is the One that Hashem (“the name,” literally, a term used for God by many Jewish people) sent to die for our sins and turn us towards Himself.

Jesus, as the mediator between God and man, enables us to enjoy a relationship with a holy God that we would otherwise be unable to achieve.

We are forgiven through His sacrifice and made clean on the inside, in perpetuity, not only during Yom Kippur—the Day of Atonement! Jesus atoned for all our sins, once and for all and though we might fast and beat our breast, mourning over our sins will achieve little, because He has done for us what we could never do for ourselves through dying for our sins.

We are capable of repenting, but this can never fully cleanse our soul. We need more than repentance—we need atonement and Yeshua has made this possible through His sacrifice.

He is the everyday answer to everyday questions and problems. By following Yeshua we encounter God in ways we never thought possible. And this encounter transforms us from the inside out. When we turn to God, through Yeshua the Messiah, and trust in His sacrifice for our sin, we are forgiven and renewed forever!

I hope you will read the Bible verses, and stories of others who believe in Yeshua as the Messiah, and experience God’s greatest gift to mankind—salvation and everlasting life through the Jewish Messiah—for all!

[1] Jaroslav Pelikan, Jesus through the Centuries: His Place in the History of Culture (New Haven: Yale University Press, 1985), 1. 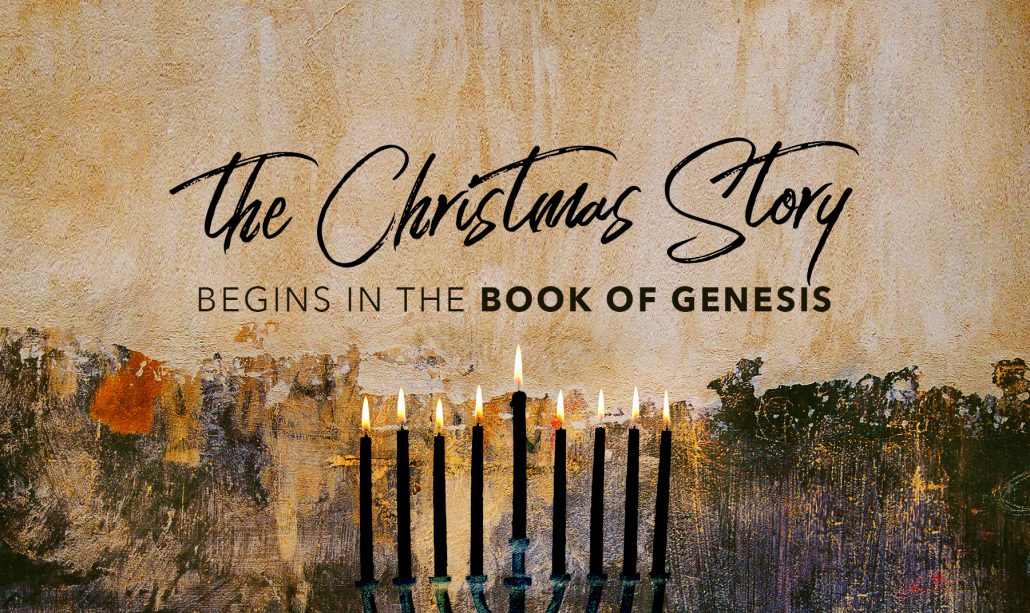 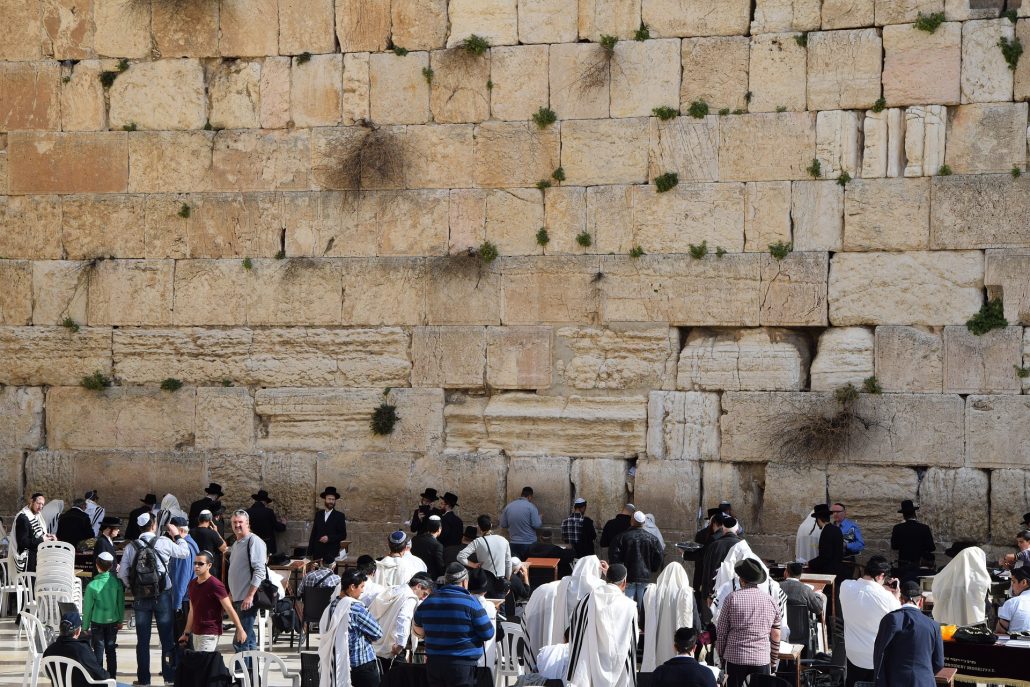