The future God has planned for the world is unstoppable!

Jesus spoke about the future quite often, as it was one of His favorite subjects. After all He is the greatest of all the prophets (Deuteronomy 18:15ff).

Now learn the parable from the fig tree: when its branch has already become tender and puts forth its leaves, you know that summer is near; so, you too, when you see all these things, recognize that He is near, right at the door.

Knowing more about our biblical future and the coming kingdom is one of our duties as disciples of Jesus the Messiah. We are not only part of God’s world today, but we also have starring roles in His forever story! To the best of our ability, we must discover what He has planned and allow the future to inform the way we live and serve in the present. The Savior calls His disciples to live today in light of tomorrow. The future according to the Bible has also been important to the Jewish people since the sacred text was penned by Moses and the prophets thousands of years ago.

Central to a Jewish understanding of the future is the idea that this world is not currently what it is supposed to be. Swords and spears characterize relationships between nations today, but one day the Bible tells us that war will grind to a halt (Isaiah 2:4)! Our experiences of personal loss, weakness, and the impact of sin on society will come to an end, blessed be His name.

On a national scale, the people of Israel have spent more years in exile than they have in their homeland, which is surely the reverse of what God promised to Abraham (Genesis 15). The exile has brought national humiliation and diaspora, but one day, this will be reversed when God brings His people back to the Holy Land. At that time, the Jewish people will live in perfect peace with their neighbors. We can easily argue that this return to the Land has begun. Yet, things are still not what they will be as the Jewish people are not yet living in the Land in peace. But, this day will come!

Understanding modern Jewish views on the future is difficult as there is little consensus on the topic. More liberal forms of Judaism downplay the specific events the Bible describes as taking place in the last days, and focuses on repairing or healing the world (tikkun olam) today. On the other hand, the future according to classical Judaism, practiced within Orthodox communities, will be more familiar to students of God’s Word.

Classical Judaism understands that the last days will bring about the great reversal of Jewish exile and reestablishment of the Davidic kingdom under the reign of the Messiah. Instead of living under the curses of exile, Israel will live in the light of the blessings promised in the Bible (Deuteronomy 28:1-14, 30:1-10). Antisemitism will be a thing of the past (Micah 4:4, Zechariah 8:23), and Jerusalem will be restored to its rightful place in the plan of God (Isaiah 60). All of Israel’s enemies will be destroyed through an end-times series of wars, which God will fight on behalf of His chosen people (Zechariah 12, Ezekiel 38-39). Righteous Jewish people from all eras of history will rise from their graves in a miraculous resurrection (Daniel 12:2) to live in peace and harmony for eternity.

Of course, as believers in Jesus, and those who accept the authority of both the Old and New Testaments, we understand the glorious future God has prepared for the Jewish people will only come about when the Jewish people turn to the Messiah Jesus. As Paul writes,

For I do not want you, brethren, to be uninformed of this mystery—so that you will not be wise in your own estimation—that a partial hardening has happened to Israel until the fullness of the Gentiles has come in; and so all Israel will be saved….(Romans 11:25-26)

It is important to remember that Jewish people do not traditionally believe in two comings of the Messiah, although there is a teaching within Judaism about a future suffering Messiah and another Messiah who comes to reign as King. However, Judaism does connect the coming of the Messiah and the future kingdom with the Feasts of Israel. Some Jewish traditions expected that the Messiah would arrive on the eve of Passover, leading the Jewish people out of exile just as Moses led the people out of Egypt. Interestingly, we see the fulfillment of this in the coming of the Lamb of God who takes away the sin of the world (John 1:29).

Other Jewish traditions link the sounding of a great trumpet (shofar—rams horn) from heaven, associated with Rosh Hashanah (the Feast of the New Year), announcing the coming of King Messiah, who will reign as the true King of Israel.

The Apostle Paul may very well reflect this expectation when he writes,

For the Lord Himself will descend from heaven with a shout, with the voice of the archangel and with the trumpet of God, and the dead in Christ will rise first. (1 Thessalonians 4:16)

However, the festival most associated with the future Messianic redemption of Israel and the nations, according to the Bible and Jewish tradition, is the Feast of Tabernacles (Sukkot). Zechariah prophesies that all the nations of the earth will come to Jerusalem to worship the Lord during the Feast of Tabernacles (Zechariah 14:16-19), celebrating the presence of God finally dwelling with humanity.

The temporary booths Jewish people build during the holiday remind us of our human frailty and point us to the day when God will establish His permanent presence on earth during the Messianic Age.

The festivals are a roadmap to redemption and direct our minds and hearts to what is to come. As sure as Jesus came once, He will come again! As Jewish and Gentile believers in Yeshua, there is much in the traditional Jewish understanding of the Last Days that we can affirm with eager expectation. 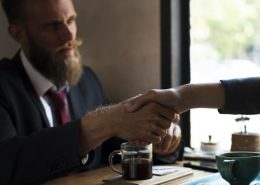 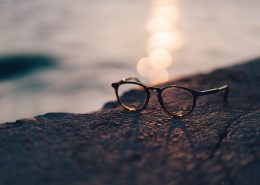 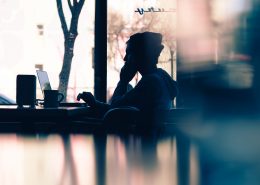 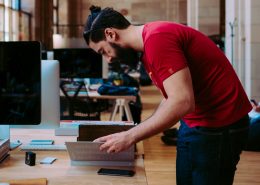