Join us in Jerusalem as we celebrate

The modern state of Israel is simply the resurrection of the nation God created through Abraham.

Shalom in the Messiah,

I cannot imagine what it was like for Bible-believing Christians to see the Jewish people reestablished as a nation in the land of Israel. I would imagine that believers who heard the announcement on the radio or read about it in the newspapers probably thought about some very specific passages in the Old Testament, which promised that the Land of Israel would be the possession of the Jewish people. For example,

On that day the Lord made a covenant with Abram, saying, “To your descendants I have given this land, From the river of Egypt as far as the great river, the river Euphrates….” (Genesis 15:18)

“I will give to you and to your descendants after you, the land of your sojournings, all the land of Canaan, for an everlasting possession; and I will be their God.” (Genesis 17:8)

Thus says the Lord, who gives the sun for light by day and the fixed order of the moon and the stars for light by night, who stirs up the sea so that its waves roar; The Lord of hosts is His name: “If this fixed order departs from before Me,” declares the Lord, “Then the offspring of Israel also will cease from being a nation before Me forever.” (Jeremiah 31:35-36)

“I will put My Spirit within you and you will come to life, and I will place you on your own land. Then you will know that I, the Lord, have spoken and done it,” declares the Lord. (Ezekiel 37:14)

And there are so many others—dozens of prophecies promising the Jewish people that the Land of Israel would be their inheritance…granted to them by God alone!

The odds against these promises coming true were profound. Think about it for a moment. The Jewish people were attacked and dispersed from the land of Israel over and over again by hostile pagan nations like Assyria, Babylon, Persia, Greece, and Rome. These nations tried to destroy the Jewish people in many different ways.

Yet, the Jewish people always had a presence in the land of Israel, but truthfully that presence was small. For centuries after the destruction of the Second Temple, Jewish people have prayed for the restoration of Zion in their Sabbath prayers. The longing to return to the land always burned within the hearts of the Jewish people.

Attempts to destroy the Jewish people did not cease with the demise of these hostile ancient nations but continued throughout the centuries. In the medieval period in Europe, Jewish people were persecuted and exiled by “Christians” in European countries and dominated by Muslims in the Middle East. The Jewish population dwindled in Europe as Crusades, Inquisitions, and Pogroms hurt the Jewish people causing loss of life and property and demographic shifts—but it didn’t decimate them. The Holocaust did though.

Nothing would compare with the attempted annihilation of the Jewish people by Hitler and his evil accomplices during the Holocaust as the God who promised to preserve the Jewish people would not allow them to be destroyed! So, in 1948, from the very ashes of the Holocaust rose an alleged new entity—the modern state of Israel, which in fact was simply the resurrection of the nation God had created earlier from the loins of Abraham and Sarah.

Beginning in 1948, the cities of Judah and Israel began to be rebuilt. The Hebrew language was reinstituted as the common everyday vernacular. Jewish people from across the globe, moved by survival and persecution in Europe and the Middle East, fled to the nascent nation and though it was replete with swamps, deserts, and dusty foothills, these early pioneers literally put their shoulders to the plow and broke through soil and rock to create the modern state of Israel. The immigrants came from all over the world: Europe, North Africa, North America, South Africa, South America, and from hundreds of nations where Jewish people have been displaced. But now…the Jewish people were home.

The words of the prophet Ezekiel in chapter 36 have come to life in vivid color as we have seen the resurrection of Israel with our own eyes. We know that God has fulfilled His promise, though there is more to come because we have seen it ourselves. The prophet wrote,

“I will vindicate the holiness of My great name which has been profaned among the nations, which you have profaned in their midst. Then the nations will know that I am the Lord,” declares the Lord God, “when I prove Myself holy among you in their sight. For I will take you from the nations, gather you from all the lands and bring you into your own land.” (Ezekiel 36:23-24)

The restoration of Israel is a miracle God performed to show us that He is faithful to His promises. The return of the Jewish people to the land promised to her forefathers is in the process of being fulfilled and will one day be finalized when the Jewish people return to the true Messiah, Jesus, and recognize Him as the true King of Israel (Zechariah 12:10, Romans 11:25ff). And as sure as the Jewish people have returned to the land— this is how sure we can be that the Jewish people will also turn to Jesus in the last days.

Once again, the prophet writes,

Then I will sprinkle clean water on you, and you will be clean; I will cleanse you from all your filthiness and from all your idols. Moreover, I will give you a new heart and put a new spirit within you; and I will remove the heart of stone from your flesh and give you a heart of flesh. I will put My Spirit within you and cause you to walk in My statutes, and you will be careful to observe My ordinances. You will live in the land that I gave to your forefathers; so you will be My people, and I will be your God. (Ezekiel 36:25-28)

As you can see, the physical promises are just beginning and the promises of spiritual restoration are just around the corner! Now that the Jewish people are at least in part back in the land of promise, we should expect to see the next steps take place where the Lord begins to stir the hearts of the Jewish people and turns His chosen people to the Messiah Jesus.

Our Mission, which began in 1894, has been serving in the Holy Land since the 1930s. Our ministry in Israel has grown with the nation and continues to do so because of your faithful prayers and financial support. Thank you so much for helping us reach the nation of Israel when they were less than a couple hundred thousand Jewish people living there. Today there are almost 7,000,000 Jewish people living in the holy land and your Mission to the Jewish People is there with over 20 staff workers—mostly Israelis—reaching out to the Jewish People. Through the Jerusalem Center, our benevolence distribution operates in five cities within Israel. We are now at work each day telling Israelis about Jesus through our rented Center in the greater Tel Aviv area.

For many years we focused on the growing number of Russian Jewish immigrants in Israel. There was a tremendous harvest among these new immigrants and half of our staff in Israel, including our leadership team, are the fruit of this revival among Russian Jews who emigrated to Israel beginning in the late 1980s. We will continue to minister to the Russian Jewish immigrants and their families, but we have been slowly turning our attention to the millions of younger and more secular Jewish people living in Israel who are in such desperate need of the Gospel. I hope you enjoy the article about the history of our ministries in Israel. I think you’ll learn a lot about how God has worked in so many powerful ways among Israelis over the last few decades!

Click here for our celebration of Israel’s 70th birthday that will take place in July 2018. This is going to be a fantastic Israel tour—on steroids! We are not only going to travel to the land, but we are also going to host a Bible conference, introduce you to our Israel staff and various leaders in Israel. You will not only receive an orientation to this miraculous land of promise, but you will also meet those who are doing God’s work in Israel by reaching Israelis for the Lord Jesus. I hope you will be able to join us!

We know that there will be many who would like to join the celebration with Chosen People Ministries and so we will need to limit the numbers that we can take to the first 100 people who sign up!

Your Support and Prayers

We will emphasize the work of Your Mission to the Jewish People among Israelis during the next 12 months and until we celebrate the 70th birthday in Jerusalem.

Once again, we can only continue this ministry because of your encouragement, love, prayers and generous financial support.

I usually do not make a direct ask for funds in our newsletter, but this month I am compelled to do so because of the great opportunities we have within Israel at this time. We are hoping to take a couple of young Israelis on our staff in Israel and it is simply impossible for them to raise support. If we had an additional hundred thousand dollars this year we would be able to take on two young Israelis to help us with our growing work, especially in the greater Tel Aviv area. Please pray about giving generously today to our Jewish Evangelism Fund that enables us to support our growing work in Israel and to support our ministries across the globe!  We especially hope to employ a couple of native Israelis, who speak Hebrew fluently, served in the Army, went through the Israeli school system, and know their own people inside and out.

Thanks for considering this great opportunity for the Gospel!

Warmly in our Messiah,

Give today and receive a shofar! 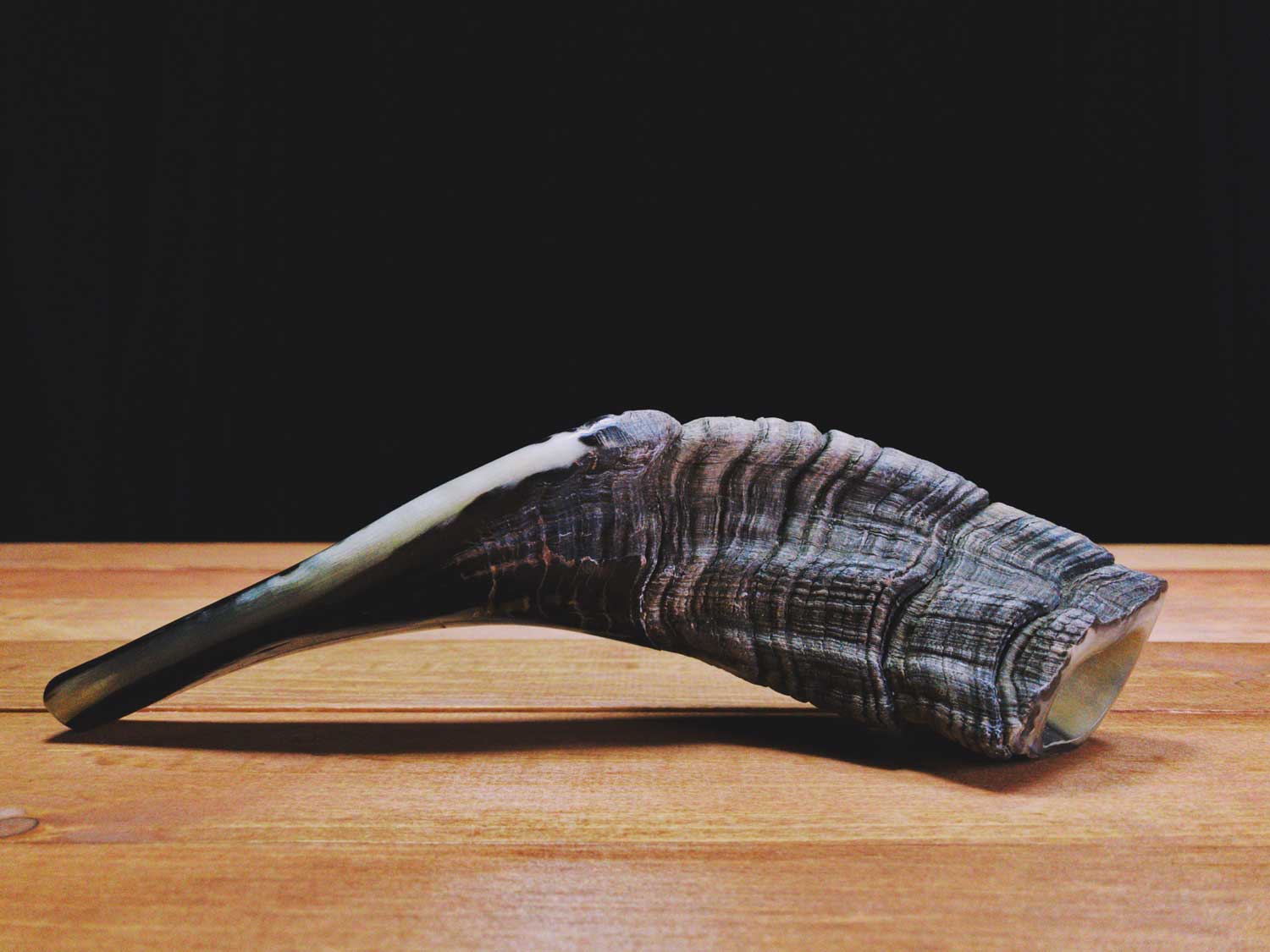 P.S. For your gift of $300 or more we would like to send you a beautiful shofar (ram’s horn) as a reminder to pray and to look forward to the trumpet that will one day sound announcing the coming of the Lord! (1 Thessalonians 4:16).