Why Did God Allow  the Holocaust?

Many of us find the horror and scope of the Holocaust inconceivable, even though we know it happened. Human-kind’s capacity for cruelty is hard to grasp—harder still to imagine being subjected to it. Where was God? How could God allow this? Does God even exist? These are very difficult and agonizing questions. But let’s attempt to shine a light of clarity on this issue. If someone told you every day, “I love you,” but they were forced to do this, would that be real love? No. True expressions of love come from an active choice to love. However, because we have this freedom to love, we also have the freedom and opportunity to hate and do evil, often with horrible results.

The Holocaust is a prime example of the evil humanity is capable of perpetrating. We may not know the reasons why God allowed this. Yet God shared the suffering of His chosen people. He was not distant.

We believe that the God of Israel entered this world and experienced the most painful death imaginable, by crucifixion. Yet He also rose from the dead. Consequently, as philosopher John Lennox said, “God has not remained distant from our human suffering but has become part of it.” We can trust God not only because He has experienced human anguish, but also because He gives us hope of eternal life through His resurrection.

One cannot equate the cross where Yeshua suffered for our sins with the death camps like Auschwitz. Yet the Messiah, destined to die and fulfill the prophecy of Isaiah chapter 53, understood the anguish of human suffering at a level very few of us, other than Holocaust victims, could imagine. His suffering does not make the Holocaust more palatable, but it helps us to see that God might understand our anguish a little more than we thought.

By Jonathan Mann and Bruce Kleinberg

Where was the Messiah Yeshua during the Holocaust? If He was indeed the Messiah then why did evil run rampant and why didn’t He save His chosen people? These are questions that are difficult to answer, but there is one verse in the New Testament that helps us understand the relationship between Yeshua and His people. The verse is one of the shortest in the entire Bible and is as follows: “Jesus wept.” (John 11:35)

He wept because of the death of His friend Lazarus and because He loved His fellow Jewish people! But, this is not the only occasion where Jesus wept for the Jewish people.

In the Gospel of Luke, we read the following passage, “When He approached Jerusalem, He saw the city and wept over it.” (Luke 19:41)

This time He wept because He knew that in the near future, the Romans would destroy the city of Jerusalem. The One whom so many of us believe is the promised Messiah of Israel loves His people. According to the New Testament, He will one day return to reign as King of Israel, destroy the enemies of the Jewish people, and judge those who tried to destroy the Jewish people throughout the centuries (Revelation 19:15, Zechariah 14:1-5).

This might not answer the entire question as to why He allowed the suffering of the Holocaust. Jewish people have tried for decades to figure out where God was during the Holocaust. Again, we do not fully understand the reasons why the Lord allowed His chosen people to suffer, but we do know that He loves His people and those who persecuted the Jewish people will one day be held accountable before our Jewish Messianic judge. 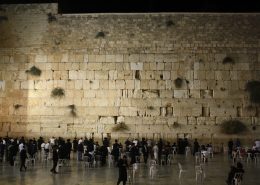 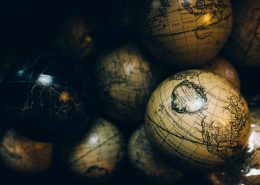 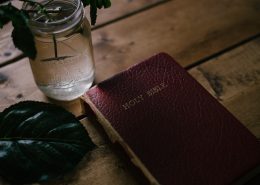 Why Has Christianity Treated the Jewish People So Poorly If Jesus Is the Me...
Scroll to top