The Feast of Tabernacles

Last week we concluded the celebration of the week-long feast of Sukkot, or the Feast of Tabernacles. The holiday concludes the three pilgrimage festivals in the Jewish calendar (Ex 23:14-17). During this time the Jewish community builds temporary shelters (sukkot) to remind each generation that their forefathers lived as nomads, wandering in the desert for forty years (Lev 23:42-43). The Torah also refers to this holiday as the Feast of Ingathering, which celebrates the final reaping of the crops at the end of the harvest (Ex 23:16).

Throughout the holiday it is customary to wave the Lulav and Etrog, or the four species (date palm, myrtle, willow, citron), representing thankfulness and joy for the present harvest, along with hope for winter rains, ensuring an abundant harvest the following spring (Lev 23:40). The waving of the Lulav and Etrog also represents God’s pervasive presence and the unity of the Jewish people.

In the first century the priests gathered a pitcher of water from the pool of Shiloach (Siloam) and poured it out on the altar, following an elaborate processional up the hill to the Temple mount. This ceremony occurred every day of the festival, with the most extravagant processional on final day. The pouring out expressed Israel’s hope for future rains to produce an abundant harvest. According to the Talmud this tradition derived from Isaiah 12:3, “with joy you shall draw water from the water of salvation.”

On the last day of Sukkot, possibly at the time of this processional, Jesus stood in the midst of the people and declared, “If anyone is thirsty, let him come to me, and let the one who believes in me drink. Just as the scripture says, From within him will flow rivers of living water” (John 7:37-38). When he said this, some declared, “This is the Messiah” (John 7:41).

During Sukkot anticipation for the arrival of the Messiah reaches its height. The prophet Zechariah speaks of a time when God will fight and defend His people when the nations gather against Israel (Zech 14:1-9). After God establishes peace, all the nations will then travel to Jerusalem to worship God during Sukkot (Zech 14:16). God promises to withhold rain from those countries which do not honor Him in Jerusalem (14:17-19).

Sukkot looks forward to the day when God will establish His Kingdom and all nations will join together to worship Him. Sukkot provides hope that God will dwell in the midst of His people. When John introduces Jesus as the Messiah he says, “Now the Word became Flesh and took up temporary residence among us. We saw His glory, the glory of the One and Only, full of grace and truth, who came from the Father” (John 1:14).

People in the first century used the symbolism from Sukkot to declare Jesus as the Jewish Messiah. When Jesus revealed his glory to Peter, James and John on the top of a mountain, Peter requested to build three temporary dwellings (sukkot), one each for Jesus, Moses and Elijah (Mat 17:1-13). Peter’s desire to build temporary dwellings is an allusion to Sukkot and a direct request for Jesus to establish His Messianic Kingdom. Later, while Jesus rode into Jerusalem for the feast of Passover, crowds gathered placing palm branches along the road, proclaiming, “Lord save us,” “Blessed is the King of Israel,” a direct Messianic title. The crowds used palm branches as an allusion to Sukkot, expressing their hope for the coming Messianic Kingdom.

The Feast of Tabernacles animates our hope in the return of our Messiah and the establishment of His Messianic Kingdom. 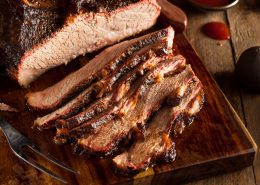 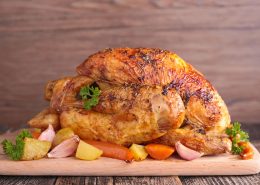 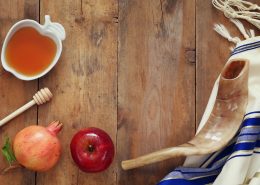 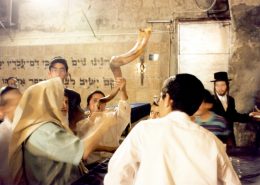 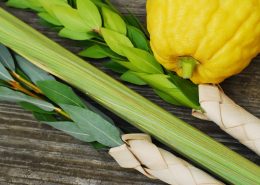