I know that God still loves the Jewish people because he loves me—and I am Jewish. Allow me to answer that question by sharing with you how I came to know that God loves me.

I am from a typical Jewish home. Not long after I was born in Brooklyn my family moved to Queens. After my Bar Mitzvah, I attended synagogue less often but still celebrated all of the Holidays. At age 16, my family moved to New Jersey. We regularly attended a conservative synagogue and celebrated the Jewish holidays. As within the Jewish community, holidays are mostly home-based, I celebrated them with my family. My grandparents were Russian and Polish Jewish immigrants. All of the environments I found myself in growing up were very Jewish.

One person who was certainly never a part of my Jewish home was Jesus. Therefore, I knew very little about Jesus or Christianity. Of course, I did have some Christian friends. There was a Lutheran church near my high school, and one of my friends was a member. Looking back, in his own way he tried to tell me about Jesus. I remember he brought me to his church, first showing me the basketball courts—and then he walked me into the sanctuary. I got the creeps being in that place. I had never set foot in a Christian church. It unsettled me. I didn’t think it would before going in, but boy was I wrong! The fact that I was raised in the post-holocaust generation played a part in my initial discomfort. When we thought about Christians, we thought of pogroms, crusades, and Nazis. Even though rationally speaking, I knew that every German was not an authentic, true Christian—still, the state religion for Germany was Christianity. So, naturally, I had a very bad impression of Christianity.

That is, just up until I was just about 18. I journeyed over to San Francisco with a couple of other Jewish Friends. It was the thing to do.

Then, something completely unbelievable happened. Two of my close Jewish friends became believers in Jesus. I felt that they had been brainwashed by these gentile Christians in Oregon. And so, I went up there to talk them out of it. Of course, the Christians there were very loving. They gave me a Bible, fed me really well, and treated me like family even though I did not share their faith.

Eventually, for a sense of solace amidst the confusion, I began reading that Bible—but I would only read my Bible—The Hebrew Scriptures.

I could read the scriptures in Hebrew, although, my Hebrew was not the greatest. Abraham, David, and Moses remained my heroes. All the while, within me, deep soul searching had begun. All of that time with the scriptures unearthed something new in my heart.

One day, it dawned on me that I admired my heroes’ relationship with God. I began comparing the relationship my heroes had with God in the scriptures with the relationship my friends had to Jesus, noticing some striking parallels, although my friends did not appear any more “Christian.” They still were just as Jewish as they were pre-Jesus. They did not take on any new traditions or own a new history as Jewish people. They were still good friends—but they were totally transformed from the inside out.

And so, I found myself back down in Northern California working at a kid’s camp. One day, I said my first spontaneous prayer. Traditionally, Jews usually pray in Hebrew from a prayer book known as a Siddur. I did not know how to just pray in English—I never just spontaneously prayed.

But I said, “…God, if you are really there, please show me.” That night, I found a copy of the Good News for Modern Man, an English New Testament, in a phone booth in the middle of the Redwood Forest. I am sure that happens every day. I began reading that New Testament. It was then that I began confronting this Jesus—Yeshua—and realizing that He was Jewish also. This new and internal battle was between me and this Jewish Jesus. I continued to read and I found myself enjoying it. Gradually, letter by letter, I started feeling closer to Jesus until the point came where I realized He was the Messiah, God in the flesh. Initially, I did not know what to do with these discoveries. However, as a Jewish person, I needed a ritual—something to marry faith with practice! I needed something in Hebrew – maybe a blessing – something that told me how to do this. Finally, one day in a fit of frustration I threw up my hands and shouted, “Ok!”

That was what it took for me. God knew exactly what I meant. My “ok” meant that I recognized Jesus as the Messiah and I put my faith in Him! I began changing from the inside out, just as it says in II Corinthians 5:17 where the apostle Paul said, “If any man is in Christ; he is a new creation. The old things pass away and behold all things become new.” I felt like a new person from the inside out after coming face to face with God’s love through Jesus, the Jewish Messiah.

I trusted in the work of Jesus on Calvary—that He died for my sin and rose from the dead. I know one day He is coming back to reign as King in Jerusalem. I have invested my whole life to that belief since that day when I was 19 years of age.

So, when you ask, “Does God still love the Jewish people?” I can tell you, from my heart, that he still loves me. 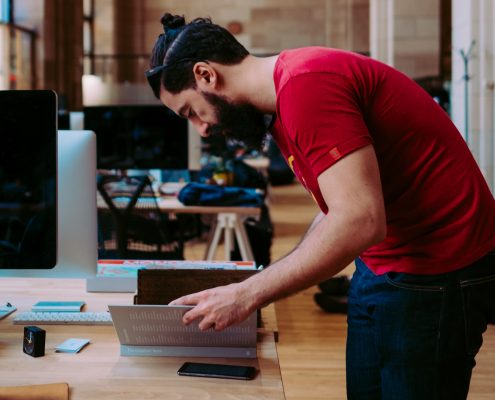 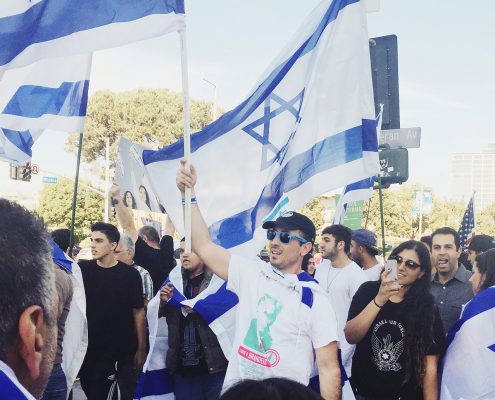