Dennis Karp grew up in the Washington, DC area in a traditional Jewish family. He came to faith through the work of Chosen People Ministries and has been serving the Lord ever since. Dennis has been a Branch, Regional and National Director for Chosen People Ministries and has held the office of Vice President. He planted a Messianic congregation in Northern Virginia which he pastored from August 1998 until July 2007. It was then that God called Dennis to Israel. He and his family lived in Jerusalem for four years where he served as Assistant Director of Beit Sar Shalom (Chosen People Ministries – Israel). He taught biblical seminars, discipled believers, led a home fellowship and pastored a staff of some 25 people. Dennis was also involved in the humanitarian work of Beit Sar Shalom.

Dennis was called back to the states in July 2011 where he currently works as Director of the Mid-Atlantic Region of Chosen People Ministries. Additionally, he leads Son of David Congregation in Maryland, mentors young believers and speaks on the Jewishness of the Gospel. He also oversees the outreach of Chosen People Ministries in the Washington, D.C. area. Dennis welcomes the opportunity to share his faith, his burden for outreach and his Jewish perspective of the scriptures.

Invite Dennis to your Church
Contact
Give
Media Kit 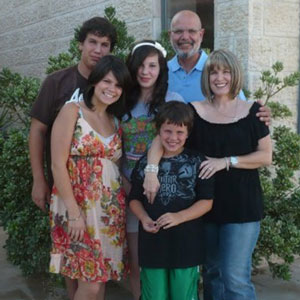 Rachel and Steve
Scroll to top