Shalom and Happy New Year for 2020! Because the Lord is our refuge and strength, the future is looking bright and clear. What a privilege it is to be alive at this time, and I want to give thanks to the Lord for his faithfulness to Louise and I personally and to the mission of Celebrate Messiah.

This year, we are celebrating our 25th Anniversary as a mission. We officially launched Celebrate Messiah on the 3rd of February 1995 and our original mission remains the same 25 years later “Bringing the Message to the Original Messengers”.

How did this all come about? Well, here’s a bit of our story. Louise and I came to faith on the very same day, at the very same time, around 8pm on Sunday the 24th of March 1984. However, I came to the Lord eight hours earlier than Louise because I was in Australia and Louise was in South Africa at the time.

Louise and I were childhood sweethearts. I was 15 years old and she was 14. We fell in love and vowed that one day we would be married. The problem was that Louise was from a non-Jewish background and so we had agreed that when the time came to be married, Louise would convert to Judaism. This is what I wanted, and I knew that would please my parents. However, God had other plans for us.

My family decided to move from South Africa to Australia in the early 1980s. Louise and I were painfully separated, but we were committed to keep our relationship going long distance. It was during this time that both our brothers came to faith in Yeshua as the Messiah. Louise’s brother Mark was witnessing to her, and my brother Alan was witnessing to me. Louise and I were quite unaware of the spiritual dynamics going on in our lives. 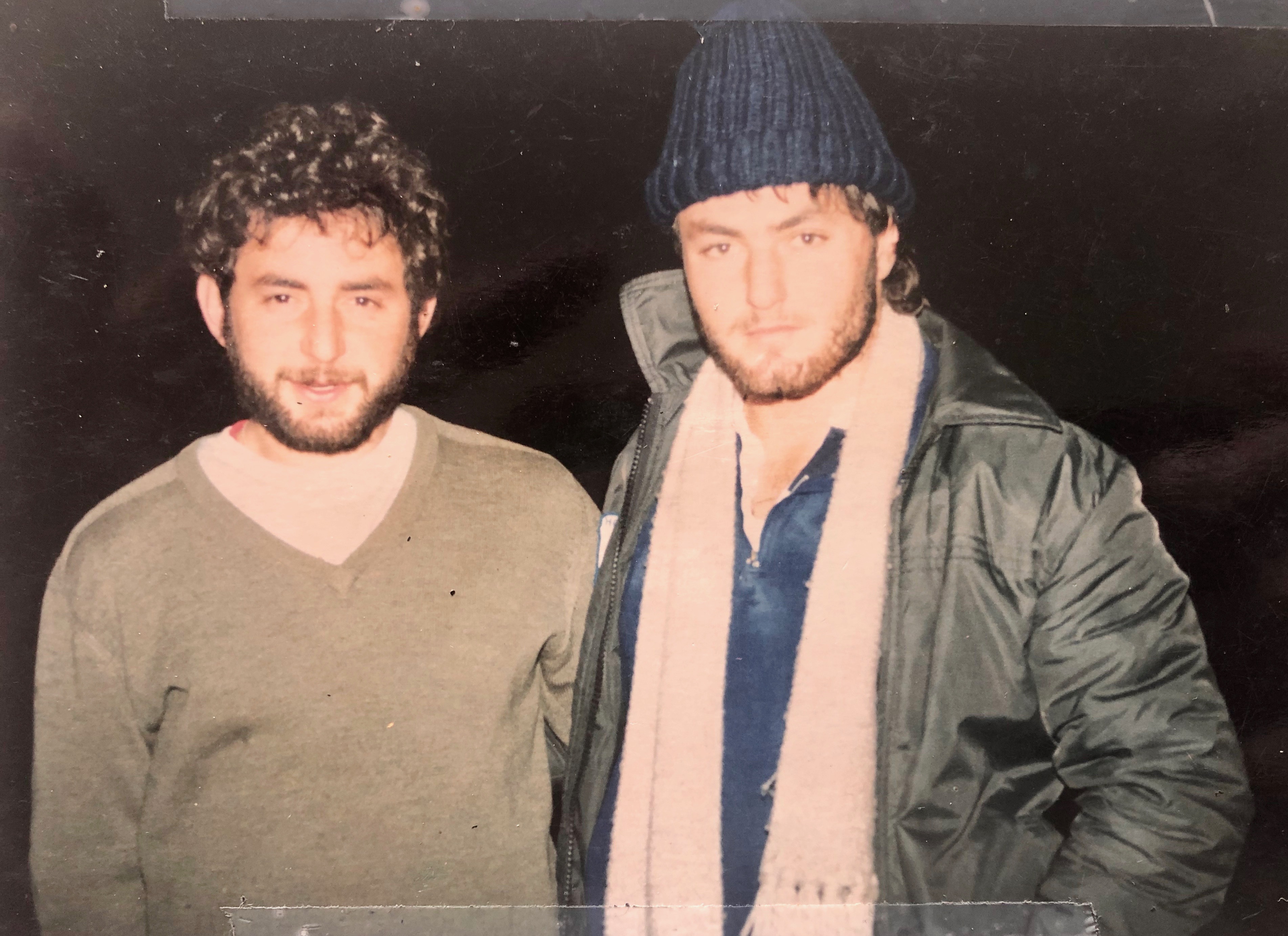 Lawrence and Louise came to faith in Messiah on the same day— Lawrence’s brother, Alan, witnessed to him and invited him to church.

Alan invited me to Camp Coolamatong, a Christian outreach near Bairnsdale Victoria, where he was volunteering for a year. Because he had already been praying for me and had been sharing Messianic prophecies with me from the Hebrew Scriptures, he invited me to attend a local church on Sunday night. To tell you the truth, I felt extremely uncomfortable in that environment, and I don’t remember what the pastor preached about. But when the altar call came, amazingly, I jumped up and went forward to receive the Lord. My brother could hardly believe his eyes.

I phoned Louise a day later and told her that I had just accepted Yeshua as my Lord and Saviour and she said, “So have I.” On the same night Mark, Louise’s brother, had taken her and her mother to a church service in Somerset West, South Africa. On the same night Louise went forward in an altar call to receive Jesus as her Saviour. What an amazing miracle! 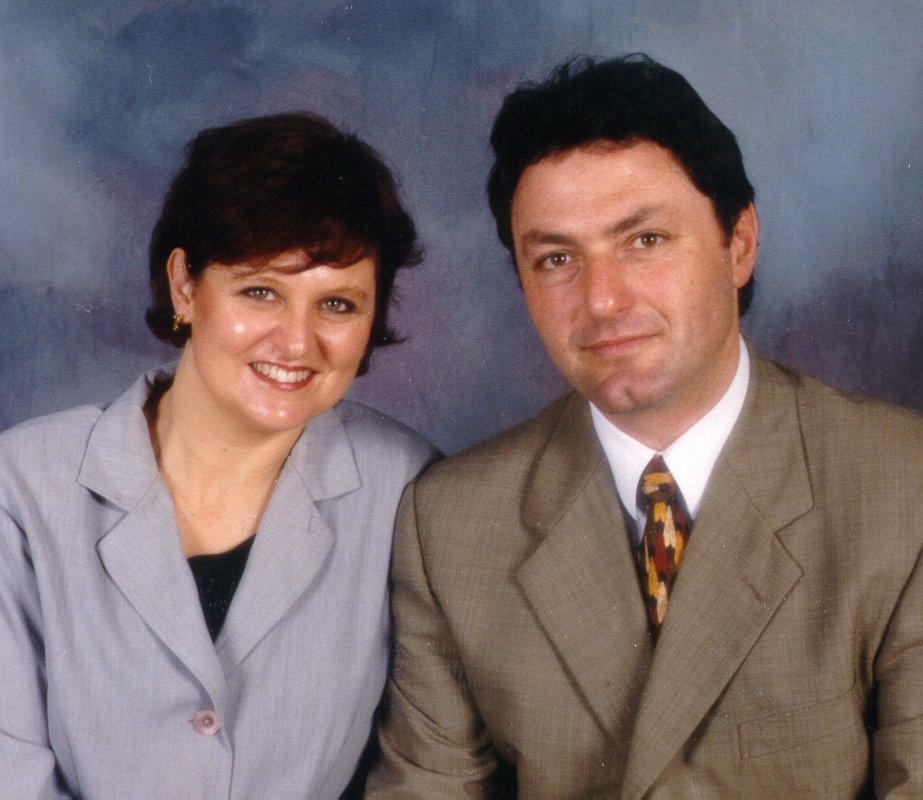 They married and began Bible school and training in South Africa.

Praise the Lord for faithful brothers, and praise the Lord that He revealed himself to us on the very same night in different parts of the world.

Ever since then, God put on our hearts the desire to witness to Jewish people that Yeshua is the Messiah of Israel and Saviour of the world. After having spent five years in Bible College and training in Jewish evangelism in South Africa, we returned to Australia to set up Celebrate Messiah, on the 3rd of February 1995. 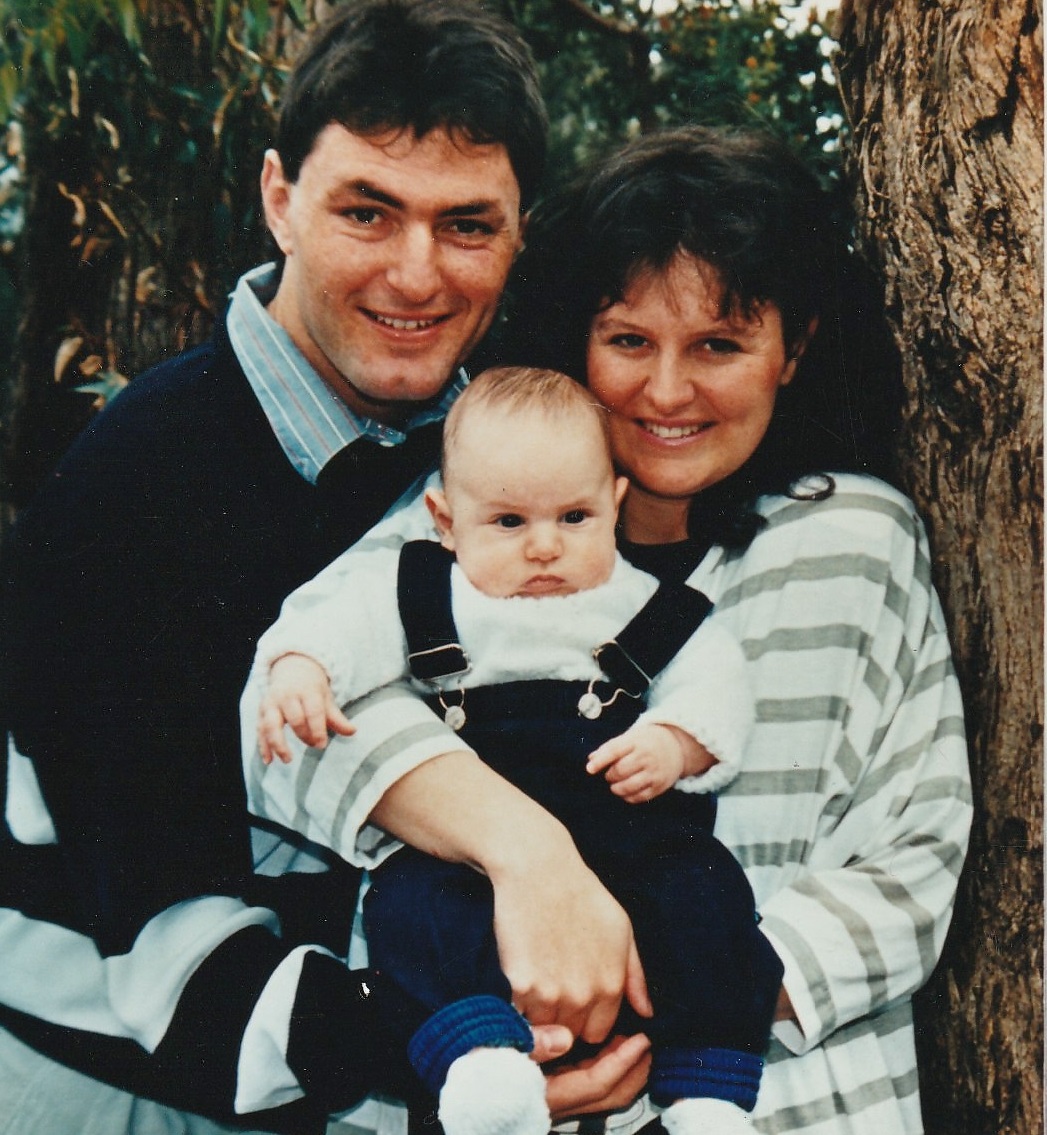 Then they began serving the Lord together in South Africa before moving to Australia for ministry.

At first, we focussed on reaching out to Jewish people in Melbourne which has the largest Jewish community in Australia. Most of the Jewish people live in Caulfield and the surrounding suburbs, in an area designated by Orthodox rabbis as a special religious zone called an eruv.

A Special Tribute to Rita Ivenskis

Also at this time we met Rita Ivenskis, a bright-eyed and enthusiastic new Russian Jewish believer in Yeshua. She was so excited about knowing the Lord that she just wanted to tell everyone, and she started to work with Celebrate Messiah as our first Russian-speaking missionary. Rita was a powerhouse for the Lord, leading many Russian-speaking Jews to faith in Yeshua. Rita continued as a dynamic servant of the Lord, pastoring Dom Missi’ee and helping to plant new congregations in the Far East of Russia till her sudden and unexpected passing just recently on the 1st of December 2019. 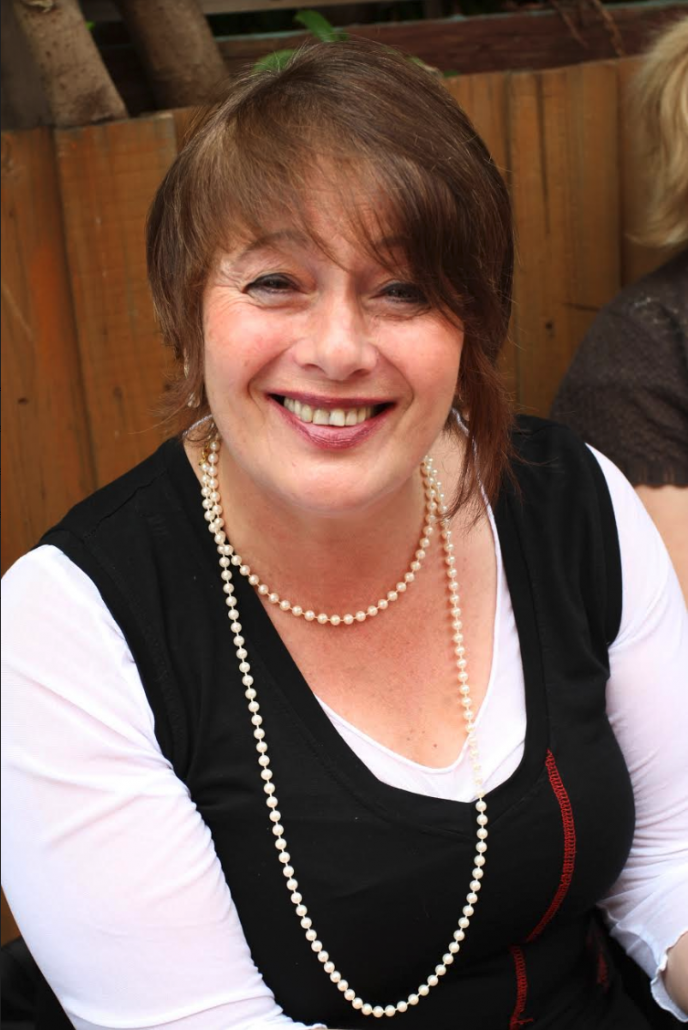 Rita Ivenskis began our Russian-Jewish ministry and will be sorely missed.

Rita went to be with the Lord in a most dramatic way doing what she loved the most: talking about her love for her family, and giving testimony of the Lord’s grace and power in her life in front of 200 people at our annual Simcha Conference. As she was sharing, she said, “I just feel the Spirit of the Lord on me…. Hallelujah…. I want to fall down.” She then collapsed, and literally went to be with the Lord moments after declaring her faith in Messiah.

We, of course, were left stunned and we continue to miss her so much in many ways. Rita has left a massive spiritual legacy of great love, faithfulness, witness, loyalty and devotion. She has led so many Jewish people to faith in Messiah, taught us the importance of prayer, and was a woman of great faith. Rita is survived by her husband Elia, her son Ruvin and sister Laura. We wish them all long life and heartfelt condolences.

Mission and Ministry Across the Globe

Rita’s sudden passing has taught us amongst many things the urgency of proclaiming the Good News, and being ready for the return of the Messiah.

Twenty five years after starting the mission of Celebrate Messiah, we not only have two congregations in Melbourne, but also Messianic outreaches in Canberra and Sydney. Through our benevolent ministry, Tikkun Olam, we have reached out to Jewish people in Melbourne, Sydney, Perth, Adelaide and the Gold Coast.

In September 2004, we started outreach to the “Forgotten Jews of Far East Russia” and have planted two congregations: one in Birobidzhan in the heart of the “Jewish Autonomous Region,” and the other in Artyom just north of Vladivostok. These congregations continue to grow in their ministry and outreach, and God willing, we will be able to continue to support these ministries as we honour Rita’s legacy.

On the 20th of January 2008 we officially started the work of Celebrate Messiah New Zealand after several visits to encourage Jewish evangelism in that country. However, we never dreamed of how abundantly this ministry would develop. Today, Celebrate Messiah New Zealand has an incredibly effective ministry to thousands of Israeli backpackers each year through a lodge in Wanaka called Zula; the “Homestead” in Dunedin; and a very creative outreach to Israelis in a church carpark in Te Anau. Virtually each traveller receives a personal testimony and witness from our workers as they travel around the beautiful South Island of New Zealand. How amazing is that?

In 2000, Celebrate Messiah joined together in a ministry partnership with Chosen People Ministries USA, forming a mission network called Chosen People Global Ministries. Today we have 18 countries that are part of this network reaching out to Jewish people across the globe.

Celebrate Messiah is privileged to partner with the work that is being done in Israel. I serve on the Board of Chosen People Ministries Israel, and Louise and I are involved with several ministry initiatives in the Land. It is such a joy to see the body of Messiah growing in Israel and a new generation of Israeli believers giving a bold and fresh testimony to Messiah amongst their fellow Israelis.

In 2020, our vision remains as sharp and intentional as when we first launched the ministry in 1995. Celebrate Messiah exists to make Jewish people disciples of Yeshua in Australia and worldwide. We do this through a variety of ministries and projects by means of a very dedicated team of missionaries and administrative workers. Currently the work is being done by a team of eight missionaries and three administrative workers, together with dozens of volunteers and leaders within our various congregations.

We are also on the verge of constructing the first purpose-built Messianic centre in the Southern Hemisphere. The Caulfield Messianic Centre will house the two congregations that we have planted, as well as the first Messianic Bible training college in Australia. This centre will not only be a place of outreach but will help facilitate the training of leaders for the Messianic movement in Australia and overseas, leaving a legacy for the next generation.

God is good! He is faithful! This year, as we celebrate our 25th Anniversary, we have so much to give thanks to God for. We are also so thankful to God for faithful, sacrificial and generous supporters, like you, who have stood with us in this endeavour of Bringing the Message to the Original Messengers.

As we embark on this 26th year that lies before us, please prayerfully consider your continued support for Your Mission to the Jewish people, Celebrate Messiah. Whatever you are able to give at this time would be much appreciated. We need your support as we continue to share the Gospel with Jewish people here in Australia and overseas.

Your brother in Messiah,

We Don’t Believe in Miracles – We Depend on Them