Israel and the Church

Is it Biblical for the Gentile Church to be Pro-Israel?

Due to the situation and conflict in the Middle East, this question is often asked. My simple answer is: yes. But we must understand what it means to be pro-Israel. In order to understand, we need to check God’s prophetic time clock. If you reference Ezekiel 36:22, you will read that God promises to do something spectacular in the lives of the children of Israel —not simply for the people but for His own glory. God has promised to gather the scattered Jewish people from the diaspora, and place them back into their own land. This will lead to the gentiles being shocked, as the Bible puts it.

The reason why this is so powerful is because Ezekiel actually describes it as taking place when the Jews are in unbelief. If you go to modern Israel today, you will see that this is absolutely true. I know a lot of Christians who go to Israel on a tour and they are so disappointed when they see that many modern Jews do not only reject Jesus as the Messiah, but they are not even religious. My response to this is that it is exactly what the prophet said was going to happen. In 1948, the Jewish people came back into the land and I can give you 6.5 million reasons why that happened as of today. This is what I view as “stage 1” of God bringing Jewish people back to the land. Every month, more and more Jewish people are returning to the land to make aliyah, which means “to go up” (because Jerusalem in the mountains).

Secondly, in Ezekiel 36:2 we find the second stage in God’s prophetic plan in the spiritual regeneration and restoration of the Jewish people. We can see the Jewish people are brought back in unbelief, and then God pours out His Spirit upon the Jewish people, putting His law in their hearts—leading to the Spirit in their lives. In Jeremiah 31, the prophet Jeremiah completely agrees with Ezekiel about God transforming the Jewish nation and bringing them to Himself. I believe this happens through Jesus, the Messiah—after they are back in the land. You can see this also in Zechariah 12:10, “I will pour out on the house of David and on the inhabitants of Jerusalem, the Spirit of grace and of supplication, so that they will look on Me whom they have pierced; and they will mourn for Him, as one mourns for an only son, and they will weep bitterly over Him like the bitter weeping over a firstborn.”

Here, it is evident that God has a plan for the house of David and the inhabitants of Jerusalem. The Jewish people need to be back in the land for this new birth to take place. The most beautiful thing to me, is that the Bible says that Jerusalem will become like the Garden of Eden when the nation is restored and the curse will be lifted at the second coming of Jesus.

We work and pray toward the peace of Jerusalem that can be found in Jesus. When these prophecies are fulfilled, we will see the earth restored back to what it was like before the curse of sin.

So should we all support the nation of Israel and believe that the nation of Israel is the fulfillment of biblical prophecies? The answer is, Of course we should! That is what the Bible says. But we have to be mindful of where we are on God’s prophetic time clock. We are still in “stage 1” with the Jewish people being back in unbelief. I am not saying that everything Israel does is right. But God has brought the people back to the land. We can see prophecy unfolding before our eyes and so we should be supportive of this. We can support Israel by praying for the Jewish people and asking the Lord to bring about “stage 2” quickly, but in His timing. You can stand in the gap by praying for “stage 2” to come. 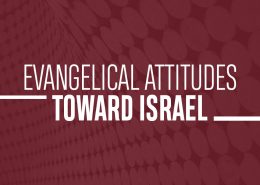 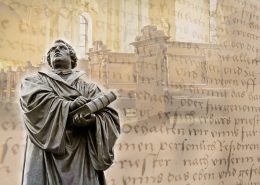 Why is Understanding the Jewish Context of the New Testament Important for a...
Scroll to top