Ari was raised in a traditional Reform Jewish home near Philadelphia.  He celebrated the Jewish holidays, attended Hebrew school, had a Bar Mitzvah, and participated in Jewish camps and other traditional activities.  Despite all of this, he never really believed God was real.

In his early 20’s, Ari asked his Rabbi what he thought was going to happen to him personally when he died.  His response was that he didn’t know.  Ari was floored that the Rabbi didn’t have an answer for his own self. Ari, therefore, began to question everything.  Looking for answers and truth, he began to examine Eastern philosophy; however,  through the love and witness of many believers, he came to the realization that “if God was real,” it meant that he was a sinner in need of atonement and forgiveness.

Because of his upbringing, Ari believed that Jesus and Judaism were “opposites at their cores.”  Thankfully, the two came together when he prayed to receive Jesus as his Jewish Messiah on April 6, 1997.  That day he read the New Testament for the first time.  Ari cried out to the Lord and believed that He sent Jesus as the sacrifice in his place.  And his very first prayer (after salvation) was telling God that he was sorry he had hated His name.

Soon after Ari’s profession of faith in Jesus as Messiah, he had a growing burden for the lost.  In addition to sharing his faith as a Higher Education Administrator for over 10 years, his passion for reaching both Jews and non-Jews led him to serve full-time with two other ministries sharing the Good News with the Jewish people.

Now on staff with Chosen People Ministries, Ari’s desire is to help educate and equip believers to share about the miracle of forgiveness of sin.

Ari is married to Karen, a Jewish believer, and today they have three precious daughters, Rachel, Liya, and Talia.

Invite Ari to your Church
Contact
Give
Media Kit

“Ari’s effervescent personality and enthusiastic approach to the banquet and teaching captivated all who attended! He shared more than information and knowledge. He shared his heart and the heart of Father God!”

“Ari Hauben of CPM did an excellent job sharing with us the meaning of the Passover and our celebration of communion. His personal style reflected a heart for the lost and love for God’s people – Jew or Gentile. You’re understanding of the Scriptures and our spiritual heritage will be transformed as you experience the presentation.” 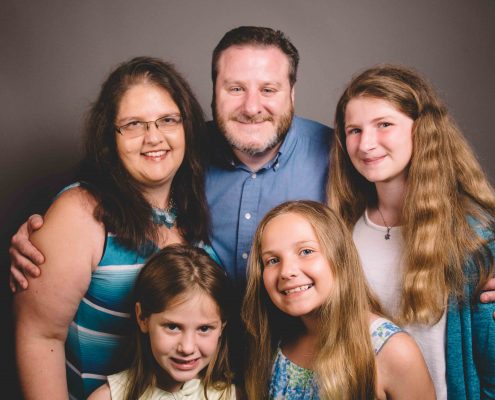