More and more Jewish people will turn
to Jesus as we draw closer to His return!

Jewish people around the globe are opening their hearts to Jesus. You and I have the unique opportunity today to be a part of the future God is preparing for our world. How? By reaching out to the Jewish people with the message of the Gospel!

The Apostle Paul put it this way,

Nonetheless, God has preserved His chosen people throughout the centuries, enabling them to withstand Satan’s fury so they can be His bridge of redemption to a broken and sinful world! (Genesis 12:1-3)  We see indications right now of the Lord’s prophecy concerning the Jewish people being fulfilled!

“…In the same way then, there has also come to be at the present time a remnant according to God’s gracious choice.” (Romans 11:5)

In Romans chapter 11, the Apostle Paul explains the Jewish rejection of Jesus by taking his readers back to the terrible days of apostasy during the time of Elijah. Paul acknowledges the fact that many Jewish people turned their backs on the Lord, and reiterates that even so, the Lord has also preserved a remnant who is faithful to His Word.

I believe this young and vibrant body of Jewish believers is one of the great signs of the soon return of the Lord! We are beginning to see this movement of Jewish people coming to Jesus in Israel, the United States, and in many countries around the globe. How exciting and encouraging to see God at work in drawing a remnant to Himself today, just as He did in the time of Jesus, and the time of Elijah!

The Future of Jewish Evangelism

For I do not want you, brethren, to be uninformed of this mystery—so that you will not be wise in your own estimation—that a partial hardening has happened to Israel until the fullness of the Gentiles has come in; and so all Israel will be saved; just as it is written… (Romans 11:25-26)

Paul tells us that there will be a massive turning of Jewish people to the Lord prior to the second coming of Messiah. In fact, Paul predicts that the entirety of the Jewish people who are alive at this incredible time will come to faith in Jesus.

Some interpret this turning of the Jewish people to be a cataclysmic event that takes place in a moment, and perhaps this is true of the final moments of this movement, but I see this movement of Jewish people in the last days to be progressive. More and more Jewish people will turn to Jesus as we draw closer to His return!

Please pray for the salvation of Jewish people…

God is using Chosen People Ministries to reach Jewish people today in 18 countries! We are currently training an army of evangelists to reach the next generation—especially as we see the day of His return coming closer! Your Mission to the Jewish People,

And, dear friend in the Messiah—we cannot do this without you! Your support today for our Global Training Initiatives is deeply appreciated.

If every believer reading this letter would prayerfully consider a gift of $75 or more, we would be able to raise our total budget for the year which would be used to raise up this new generation of Messianic young people, our very own modern day remnant!

Blessings in our Messiah,

For your gift of $75 or more, we would like to send you a CD by Miqedem (Hebrew for “of ancient times”)…an Israeli Messianic worship group that reflects the growth of the Messianic movement in Israel. 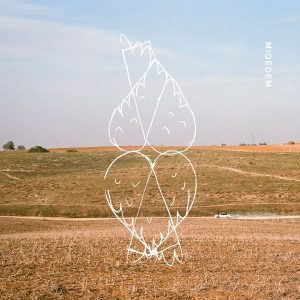 A Comparison of Priesthoods